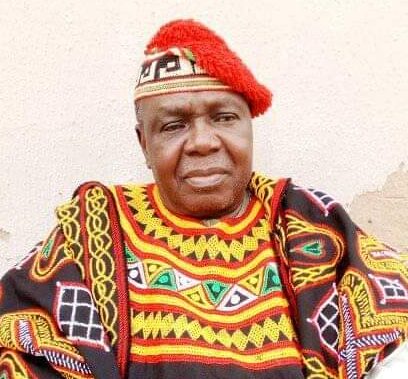 Ordinarily, I don’t respond to frivolous, disjointed and meaningless rejoinders to my writings, especially those written by people that are visibly deficient in intellectual capital, are grossly crippled by their thinking faculties and write as neophytes. I detest people that pretend to be what they are not and feel they are on top of their weird world. One such lousy person is Su’ukume Tebe, who used a fake name to fruitlessly discountenance my piece “Adamawa State Operates An Illegal Hospital,” and paint me in bad light.

In order to do his hatchet job, disparate and turn me into an object of ridicule, Su’ukume Tebe, who used fake Chamba names, went on a wild goose chase. He got everything wrong and ended badly. In the first place, he got the title of my write-up wrong, and with this, all his analyses, submissions and conclusions were all wrong because he deviated from what I wrote. He therefore brought scorn and disrepute on himself with his poor grasp of my thesis and woeful interpretation of same.

I wrote “Adamawa State Operates An Illegal Hospital,” but he wrongly quoted the title as “Adamawa Operating Illegal Hospital.” This was disappointing. Secondly, while the date of the publication was August 27-September 3, 2020, he just wrote 27-3rd September, 2020. These errors can’t come from a serious-minded and knowledgeable personality ready to discuss serious state matters; rather the mistakes originated from a noisy lout trying to impress his/her paymasters for the continued flow of crumps.

Su’ukume Tebe, the fake writer, accused me of four misrepresentations. In the first instance, he said I couldn’t present any facts “due to desperation, paucity of knowledge on both journalistic approach and government desire to boost health care delivery in Adamawa State.” A corollary to this was the question he asked: “What should it benefit an individual to call for disbandment of an investment of a state that was aimed (at) saving lives.” My response is that Su’ukume Tebe didn’t either read what I wrote or read what I did not write and so quoted me out of context. Besides, if I did not present facts, what did he read before he wrote his rejoinder and quoted profusely from it? My write-up raised pertinent issues, especially when I called on the Fintiri Administration to hasten and submit a bill to the state legislature for an enabling law for the Adamawa German Medical Center (AGMC) to continue operations or, in the alternative, return the premises back to the Specialist Hospital.

The second accusation in the rejoinder is that I used the word ‘hoax’ in my malicious attempt to “humbug and pasquinade (?) the public because simply, his knocked for daily-bread at AGMC Yola was turned down portraying him as a panhandler even in the enviable Journalism profession.” (Hmmmm) I have never pretended or told anybody that I am a journalist. I have flair for writing and so I write. What I’ve always told people is that I own and publish both Indigo and Newsdawn Newspapers and Magazines and have fine journalists working with me. In the last two editions of Indigo Magazine, I wrote on “Adamawa Deputy Governor’s Troubles: Who’s Stoking the Embers of Hatred and Why?” and Deductions of Workers’ Salaries: Governor Fintiri’s Dangerous Gamble.” Although these were sensitive issues, no one raised eyebrows or complained of the contents. This is because, at Indigo Tabloid Limited, the publishers of Indigo and Newsdawn Newspapers and magazines, we comply with the norms and ethics of journalism.  Why Su’ukume Tebe, a jester, raised unfounded objections to clear statements of facts or deployed foul language on me remains a mystery.

Thirdly, Su’ukume Tebe says journalism cherishes balancing of stories and that I don’t believe in this cheering theory. In his words: “Sahid Umar, disbelieving with this cheering theory, bringing to a question of whether he is a real Journalist or survives through mischievous write-ups.” Honestly, I’m neither; I’m not a Journalist and I don’t survive through mischievous write-ups. I am pained to state this: My upbringing and the institutions I attended never nurtured me to live a false life or live by cheating. As for balancing the story, let Su’ukume Tebe ask the M. D., AGMC, whether Indigo questionnaire for interview is not with her for almost a month now. Do we have endless time to wait for press interviews? Indigo reporters have datelines to meet, so they work to meet their schedules, not to satisfy the whims and caprices of some big people.

It is significant for Su’ukume Tebe to know that I have some pedigree and I’m not as poor and hungry as he thinks. I held responsible government positions in the recent past and I’m comfortable and contented with my newspaper business. He should know that I was Executive Director of Adamawa State Educational Resource Center for almost five years; I was at various times Commissioner of Education and Finance during the Boni Haruna Administration in the state and was twice on  Presidential Technical Committees in 2001 and 2006 – one was on Urban Development and Housing and was headed by Professor Mabogunje of University of Ibadan fame and the other on the Consolidation of Tertiary Institutions in Nigeria led by Professor Mahmud Yakubu, the current National Chairman of the Independent National Electoral Commission (INEC). Besides, I am not an employee but employer of labor as a publisher and owner of two newspapers and magazines. With this pedigree, my writing prowess and two published books to my credit that are doing well in the market (Issues And Realities of Nigerian Education and Grassroots Governance in Nigeria), a nincompoop and vagabond cannot insult and tell me that I survive on mischievous write-ups.

I am therefore worried and wonder why Su’ukume Tebe wasted his time and wrote a rejoinder to my piece. I thought he would deploy his God-given talents and sound knowledge of the art of criticism and counter all the facts I presented and disgrace me with better facts and superior arguments on the AGMC. However, he failed woefully to do so. In my write-up, I said the AGMC operates illegally without an enabling law, is it not true? I noted that hundreds of millions of Naira were expended on an illegal facility. Is it a false statement?

I told the Fintiri Administration that the AGMC has no enabling law. Was I wrong? I said the N30, 000 minimum wage is not paid in the AGMC. Is it a lie? I added that there is financial malfeasance in the facility. I’m I wrong? I identified myself with my full names, gave my e-mail address and my phone number for easy access to me when necessary.

However, Su’ukume Tebe, being a coward and charlatan, used a fake name and hid his identity. Why is he afraid? Is he ashamed of his ill-education, poor knowledge and disappointing writing skills? I’m surprised that a daft was allowed to write the rejoinder to my write-up. With the hundreds of millions of Naira expended on the AGMC in almost a decade, I expected a more competent and refined hand to handle its PR Department. To my chagrin, an illiterate was left to handle the serious PR job. Let the fake writer tell the world whether the AGMC has an enabling law, whether it operates within another hospital and whether this is good for the state. I’d also request him/her to tell Nigerians and the international community whether the N30, 000 minimum wage is paid to workers in the facility. Finally, let the state government investigate the management of finances in the facility and see if it will not be baffled by the level of financial malfeasance there.  These were the issues that pricked my conscience and led to the piece I wrote to call on the Adamawa State Government to take urgent action on the AGMC. Where did I go wrong here? Or should I keep quiet in the face of gross mismanagement and financial malfeasance at the AGMC? Would the management of the AGMC prefer I write and alert Governor Fintiri or call on the EFCC or the ICPC?