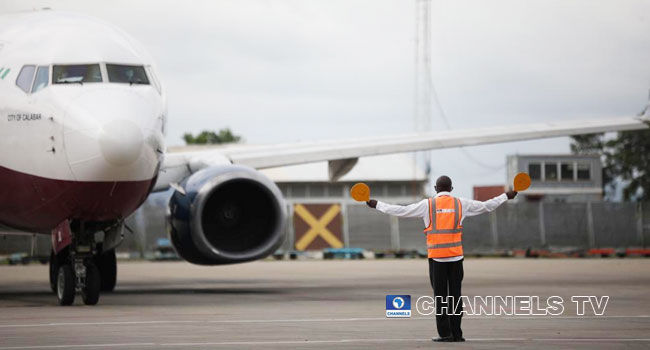 The Federal Government has issued a schedule for the partial resumption of international flights, after months of suspension due to the outbreak of COVID-19 in the country.

A tweet by the Nigerian Civil Aviation Authority (NCAA) on Saturday showed that the flight schedule was signed by its Director-General, Captain Musa Nuhu.

In the document dated September 4, 2020, the aviation agency stated that a maximum of 200 passengers per incoming flights would be allowed into the country.

It explained that the limitation was due to the limited number of approved incoming passengers at 1,280 per airport on a daily basis.

The schedule, which was addressed to all aviation stakeholders and foreign airline operators flying into the country, however, stated that there was no limit on the number of outgoing passengers from the country.

It read, “Kindly note due to the limited number of approved incoming passengers (1,280) allowed daily per each airport, it is not possible to accommodate the requested schedule of airlines.

“However, over the next few weeks as the number of allowed incoming passengers is increased, additional flight frequencies will be allocated to airlines in addition to accommodating any airline that meets the requirements for resumption of flight operations into Nigeria.”

“The approved schedule is based on a maximum number of 200 passengers per each incoming flight to Nigeria. There is no limit on the number of outgoing passengers,” the memo added.

The NCAA stressed that each airline operator was entitled to only one frequency on an approved day of operation, irrespective of the capacity of aircraft utilised.

Giving a breakdown of airlines, the NCAA announced that an average of six airlines would operate in each of the airports allowed to function at the initial stage.

See the full schedule released by the NCAA below: