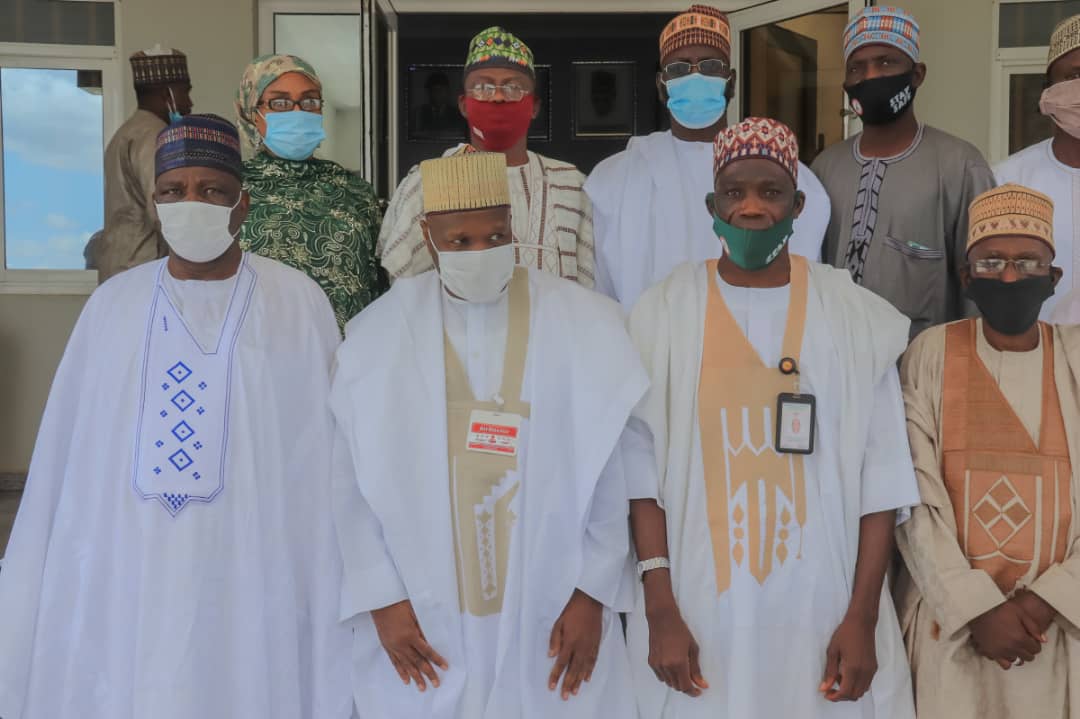 …As ITF Sets to Establish Regional Office in Gombe.

The Industrial Training Fund, ITF is to establish a regional office in Gombe State to coordinate and oversee the training of youths in skills development across the North-East sub-region of the country.

Governor Muhammadu Inuwa Yahaya has already endorsed this development and directed immediate provision of a temporary office accommodation and 4 hectares of land for the construction of a permanent site of the ITF.

During a meeting with officials of the ITF led by the Director General, Mr. Joseph Ari, represented by the Director of Procurement and Logistics, Mohammed Abdullahi Ningi, Governor said one of the cardinal objectives of his administration is to advance the socio-economic wellbeing of the people of the state through human capital development that will usher them into the realm of economic prosperity.

To this end, the Governor explained to the ITF officials that he personally visited the corporate headquarters of the National Directorate of Employment, NDE to canvass for the support of the Directorate towards training of youths in the state on vocational skills and entrepreneurship development.

He noted that at a time when white colar jobs are scarce, coupled with dwindling economy, governments at all levels must encourage skills development if the country must grow and become a power house in the manufacturing sector.

He regretted the level of insecurity in the North-East and some parts of the country, saying if past administrations had done the needful towards youths empowerment, the crisis rocking the region would have been averted.

The Governor was however happy with the coming of the Industrial Training Fund to the State after so many years of failed attempts, assuring of his administration’s readiness to partner with the organisation towards building the capacity of the youths in the State and the North East as a whole.

To demonstrate this readiness, Alhaji Yahaya directed the Deputy Governor, Dr. Manassah Daniel Jatau to ensure that the ITF gets an office accommodation and a 4 hectares of land for the construction of its proposed permanent office and 7 skills acquisition centres.

Earlier speaking, the leader of the delegation from the Industrial Training Fund, Mohammed Abdullahi Ningi said that the agency’s team was in Gombe state at the instance of the Director- General to finalize arrangements with the Government of the State on the establishment of a regional office that will also house 7 skills acquisition centres in Gombe, which is going to be first of its kind in the sub-region.

Mohammed Ningi who is ITF’s Director Procurement and Logistics, said when fully operational, the office will coordinate the training of youths in skills development in the North- Eastern states.

He commended Governor Muhammadu Inuwa Yahaya for his enthusiasm towards the establishment of the office, describing the Governor’s body language as a reflection of a political leader who means well for his people.

The Industrial Training Fund was established by Law in 1971 to promote, accelerate and encourage the acquisition of indigenous skills required in industry and commerce to meet developmental needs.

It provides direct specialised training in the areas of research and consultancy services, engineering and technology, management, human resources development, safety, computers and information training, vocational and apprentice training, accounting and financial management, advisory and management consulting among others.