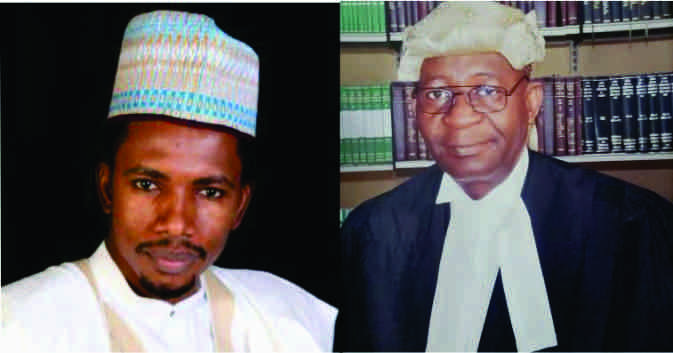 Adamawa State Chairman of the People’s Democratic Party (PDP), Barr. A.T Shehu has declared that the senator representing Adamawa north in the Nigeria senate, Ishaku Abbo has precedent for fighting, clubbing and celebrating birthday parties of Young girls and some unruly behaviour that are not worth somebody of his calling.

In an exclusive interview with THE FINDER, The Adamawa state PDP chairman came hard on Ishaku Abbo describing him as persona non grata for claiming to financially support the people’s Democratic Party in Adamawa, despite his failed promises of providing 100 kva sound proof generator to the party in the state.

His words: “Let me remind him, the first time he visited the party headquarters to distribute his pamphlets, he promised that he will buy a 100kv generator for the party, today I challenge him to tell us who he gave that generator to before making further claims of renting offices for the party which I and the secretary wrote to appreciate him.  Appreciate him for what?

“Anyway, am not surprised for this fellow to forge my signature and that of my secretary who is now an Honourable Commissioner. Therefore, as a legal minded person will not join issues with him rather, will allow him to face the action the world has already taken against him and await his crash landing”.

“It is of no benefit to me to join issues with him. He knows how we assisted him to be where he is today. We thought it is somebody of good character that we are trying to give an opportunity to grow as a young man but unfortunately, he insulted the entire young generation not only in Nigeria or Africa but world at large”.

“That was what prompted the international women organization to stage a protest against him for uncalled attitude of slapping a woman in the public. He has precedent of fighting, clubbing and celebrating birthday parties with Young girls and some unruly behaviour that are not worth somebody’s of his calling”.

“A legislature ought to be a reasonable person that can sit and make a law that will guide the nation. So as far as I am concern, I cannot join issues with him. But I challenge him to present the letters written by me, signed by me and the secretary to different personalities to see whether their signatures will correspond with the purported one with him”.

Shehu said the conduct and actions of Ishaku Abbo is a dangerous and an unacceptable precedent.

“Those who pursue public offices for the sake of power without plan to better the lots of the citizenry should learn a lesson from the late German leader, Adolphus Hitler. His life saw tragedy. We have seen this scenario in display in Nigeria.

Shehu noted that a bad example was being set with the choking of the entire political space by Ishaku Abbo due to his immature character and public display of his opulence lifestyle.