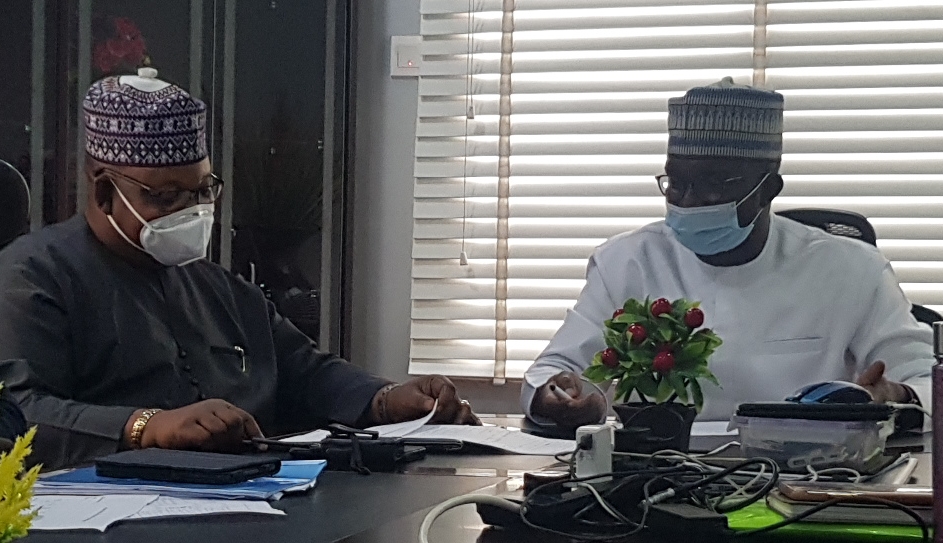 The North East Development Commission-Education Endowment Fund (NEDC-EEF), has continued to interface with consultants and experts on how to achieve part of its core mandate of converting the vast human resource the region is endowed with to human capital.

The latest of such engagements was when Senator Abdulazeez Nyako, who represented Adamawa Central at the Senate between 2015 and 2019, held an interracting session with the technical team of NEDC-EEF, led by the Chairman, Chief David Sabo Kente.

While dwelling extensively on his personal experience with the youths empowerment programmes they initiated when his father held sway as the governor of Adamawa State, Senator Nyako said they identified some programmes which were aimed at providing vocational technical traning and mentorship for young men and women in the state through what was tagged “Local Aprenticeship Scheme”.

Senator Nyako noted that the Local Aprenticeship Scheme was a neighbourhood empowerment project which focused on removing young people from the streets by linking them to Master Trainers, within the same community, for them to learn local trades such as motor mechanic, panel beating, volcanizing, tailoring and the likes, with a monthly stipend for both the Master Trainer and the Trainee.

He said the concept was discovered to be alot cheaper, more broad-based and with the potential to improving neighbourhood security.

He stated that eight training centres and twenty one Farming Skill Centres were established for what he said was for “grassroots empowerment”, many of which were left to rot away after their exit from government, believing that they can be resuscitated through collaborative efforts with the state government.

The Dean for Continuing Education, Federal College of Education Yola, Dr Sani Jada, who accompanied Senator Nyako to the interractive session, said as the initiator of the Local Aprenticeship Scheme under governor Murtala Nyako, he is aware that no less than 3000 Sewing Machines have been left to waste in some of the abandoned stores in the last six years.

He mentioned the high points of the scheme to include the formation of Cooperative Groups across the state as well as the establishment of Adamawa State Agric Investment Development Limited.

In his remark, Chairman of NEDC-EEF, Chief David Sabo Kente, noted that among other laudable programmes, it is hoped that the Fund would remove about one hundred and fifty thausand idle youths from the streets in the next five years.

He applauded the visionery and patriotic effort of Senator Nyako which saw to the establishment of the North East Development Commission promissing that “we will sustain that vision to take the region to greater heights”.