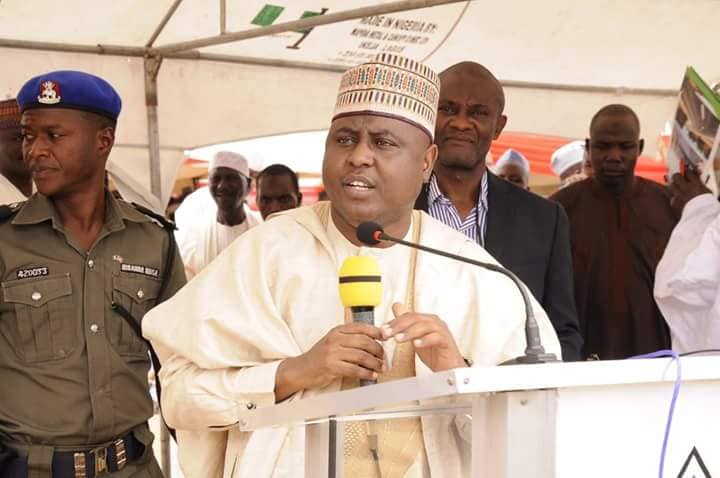 A pro-democracy group and human rights organization, Adamawa Conscience Guard (ACG), Thursday, hailed the members representing Mayo Belwa, Ganye, Jada and Toungo in the Nigerian House of Representative, Hon. Abdul-Razas over gains recorded in the fight against poverty and youth empowerments in three local council that make up the federal constituency.

The commendation was made in a statement signed by the Convener, ACG, Bappare Mohammed while accessing impact made by the federal lawmaker in the three local governments of Mayo-Belwa, Jada and Toungo.

The statement reads in part, “Adamawa conscience Guard commends Hon. Abdul-Razak Namdas over the renewed fight against poverty in the three local governments under his constituency.

“We are never shy to commend the lawmaker when there is an improvement in representation since the advent of Hon. Namdas as member representing the four council in the House of Representative. Namdas must ensure that this developments brought to these councils under his watch is sustained.”

The statement also called on the member to do more in order to boost the morale of his constituents as they continue to feel proud of his representation.

Bappare has declared Abdul-Razak Namdas, the best performing federal lawmaker from Adamawa state. He said Namdaz will continue to be supported by CSO because of his wide delivery of relevant projects.

Bappare said Namdaz has won the hearts of CSO in Adamawa, because he has been executing projects to improve the lives of the people. “No Federal lawmaker has achieved Namdas record. It will be very difficult to beat the record.

“I am extremely proud of Namdas’s achievements, and we are proud of his leadership.” Bappare said he appreciates the quality of work done, so far, by Namdas, because he Bappare visits Mayo-Belwa, Ganye, Jada and Toungo and he understand the profound nature of the projects delivered.