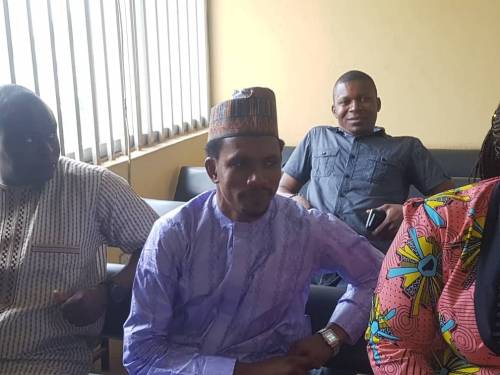 The touted endorsement for Senator Ishaku Abbo, the senator representing Adamawa north in the Nigeria senate on social media, Ishaku Abbo for governorship ambition may have hit the rock with the leaders of Adamawa north speaking furiously on his said endorsements for some quarters and his followers on social media, describing such as a panic measure and unrealistic project, which has failed on arrival.

The Director General media to Governor Fintiri of Adamawa state, Mr. Solomon Kummanger wondered why anyone in his right frame of mind should endorse Ishaku Abbo, whose major credential is throwing party and celebrating birthday party of young girls since he was sworn in as a senator.

Speaking further, he revealed that it is foolhardy for anyone to believe that Mubi local government where he comes from will ever endorse Ishaku Abbo for any political office again in Adamawa, he said Abbo will be a colossal failure as he will represent the new face of mediocrity should such ever happen.

He therefore advised Abbo to save the money he acquired from the senate to feed his numerous wives and concubines than embarking in an unrealistic ambition while warning mischief makers to stop deceiving the Senator representing Adamawa in the Nigerian senate to spend whatever money he must have accumulated from the senate.

Kummanger submitted that at the appropriate time, Adamawa voters will choose a Governor with an impeccable character and who understands the rudiments of administration and not self-acclaimed leader or a social media enthusiast that have no pedigree to lead the State.