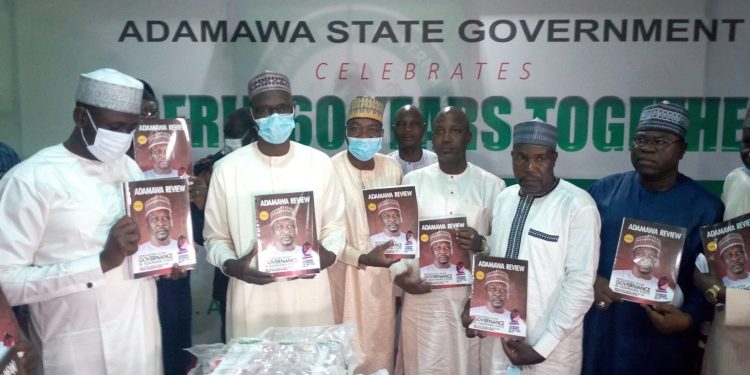 Gov. Ahmadu Fintiri of Adamawa saic his administration is channeling its energies toward building a solid foundation and developing the state for the future.

Fintiri stated this at a dinner with media managers in the state and launch of Adamawa Review magazine late on Saturday.

The governor, who was represented by the Secretary to the State Government (SSG), Bashir Ahmad, listed ongoing construction of flyovers, roads, and provision of other infrastructure as the solid foundation the administration is focusing on.

“In this administration, we have very much focused on laying foundations for the development of the state and building Adamawa for the future.

“We, therefore, believe that for the generation yet unborn, there must be evidence.

“Another solid foundation for the development of the state is the Adamawa Review document,” he said.

In his remarks, Mr Umar Pella, the state’s Commissioner for Information thanked the media managers for their contributions to efforts at developing the state.

He described the Adamawa Review magazine as a compendium of Gov. Fintiri’s performance from May 2019 to May 2020, saying that the governor’s achievements in pursuit of his 11 points agenda had impacted many lives.

He said that the next edition would be published at the end of 2020.

Mr Mohammed El-Yakub, Managing Director, Gotel Communication, who spoke on behalf of the media managers, said the event was timely as practitioners had resolved to work hard for the development of the state.