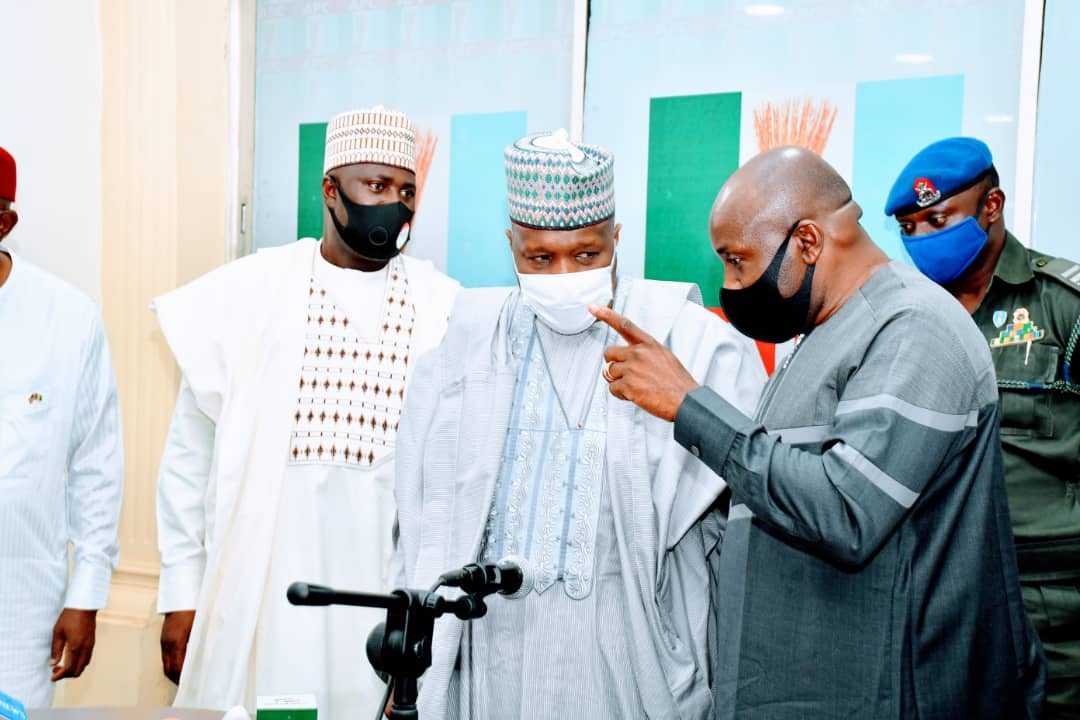 Earlier today, the All Progressives Congress, APC Inaugurated the Reconciliation and Election committee for the Bayelsa West and Central Senatorial Districts with Gombe State Governor, Muhammadu Inuwa Yahaya as the Chairman.

The Chairman of the Caretaker/ Extraordinary Convention Committee and Governor of Yobe State, Mai Mala Buni performed the inauguration ceremony at the APC National Secretariat in Abuja.

Represented by the National Secretary of the Caretaker committee, Sen. John James Akpanugedehe, the Chairman charged the committee members to bring to bear their wealth of experience and influence to provide genuine reconciliation to give every member a sense of belonging as well as mobilize, strategise and deliver Bayelsa Central and West senatorial districts to APC in order to have more supportive hands in the National Assembly for the President.

In his response, Governor Inuwa Yahaya assured the National Working Committee of the All Progressives Congress that his committee will do everything necessary to deliver on its mandate.

He noted that the problems APC went through resulted into various electoral losses, including in Zamfara, Bayelsa and most recently Edo states.

The Governor described the losses the party incured over time as unfortunate development, expressing the belief that the APC has learnt its lessons, a lesson that encourages staying together and creating platforms for reconciliation and ‘give and take’ spirit.

He said APC as a party shares common interest which has propelled the successes the party has recorded so far since coming into power in 2015, adding that “Politics is about managing relationships with a group of people that have common interest”.

Governor Inuwa Yahaya said while the party is striving to meet the yearnings and aspirations of Nigerians, more still needs to be done to consolidate on the gains both at the national and sub national levels.

“I will like to urge members of the National Working Committee and the State Executives of the party to come up with burning issues affecting the party so that we can go ahead and address them”.

He observed that several States have reconciled their grieving members which has seen top notches of the party who earlier left the APC now returning to its fold.

The Gombe State Governor thanked the National Working Committee of the APC for finding them worthy to serve in the committee, assuring the party that they will not disappoint.

“Not minding the enormity of the task ahead, each of the committee member is well aware of the problems the APC is going through which resulted in the formation of the interim committee that is managing the affairs of the party, so we shall leave no stone unturned until the assignment is successfully delivered”.

The Governor, at a press conference after the inauguration ceremony, underscored the importance of building a strong and united party, commending the Buni-led caretaker/ extraordinary national convention committee for its tireless efforts in that regard.