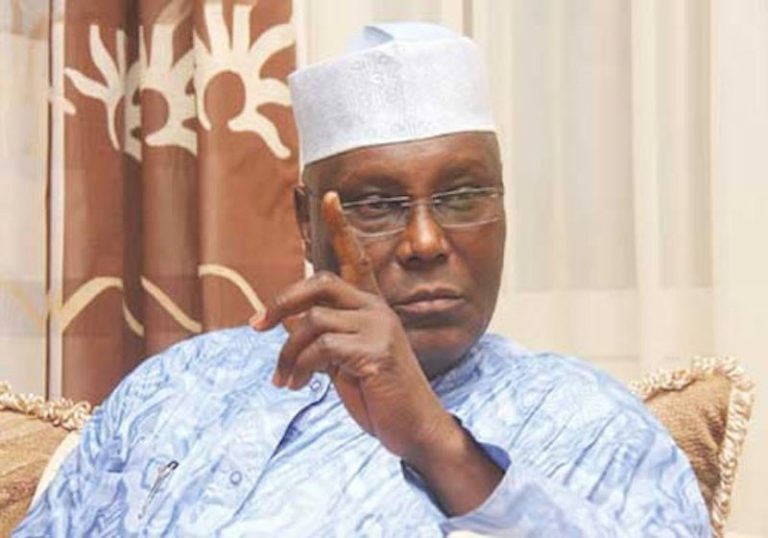 Former Vice President, Atiku Abubakar, on Sunday said that the dissolution of the Special Anti-Robbery Squad (SARS) has offered Nigeria the opportunity to envision a police and policing system that will fulfill the interest of Nigerians.

In a statement issued by his Media Office and signed by Mr Paul lbe, in Abuja on Sunday, Abubakar said that the envisaged comprehensive overhaul of the police should take into consideration the needs of regional, state and council components.

He, however, observed that redeploying the bad eggs from the disbanded SARS to other units of the Police may not augur well as they are capable of polluting those units.

Abubakar said that the affected officers need to be properly screened and retrained to ensure that they do not come into their new assignments with the same mindset for which the disbanded unit was notorious for.

He proposed an independent judicial inquiry into the activities of SARS that would ensure “justice for victims of extrajudicial killings and punishment for officers involved in such dastardly acts.”

The former vice president also suggested the opening of the dreaded SARS cells for scrutiny and stock taking of detainees.

Abubakar paid tribute to the Nigerian youths for their resilience in exerting pressure on the police authorities to disband the FSARS in response to public agitations to end abuses by the anti-robbery squad.

“This was the right thing to do. A system that brutally eliminates our youths is not one to hold on to, and neither can we be proud of it.

“Now we can start on a clean sheet to envision an elite police unit similar to the SWAT team in America and a comprehensive overhaul of the police and policing system that is peoples-focused,” he said.

Abubakar congratulated Nigerian youths on achieving their resolve, reminding them that if they stand united they could achieve much more.

He enjoined the youths to be steadfast in ensuring good governance in an egalitarian society.

He commended the courage and patriotism of Nigerian youths that took to the streets and the social media to call for an end to the brutal abuses by SARS operatives.

“Citizens who engaged in peaceful protests without molesting innocent people are heroes of our democracy.

“I must commend the courage and tenacity of these youths for holding rogue elements in the police force accountable.

“Apathy in the face of abuses promotes impunity, and therefore these young men and women deserve our respect for championing the disbandment of SARS,” Abubakar said.

He paid tribute to Jimoh Isiaq who was killed in Ogbomoso in the course of the #EndSARS protests and all allegedly extra judicially killed over the years, saying “I hope that their sacrifices would not be in vain.”