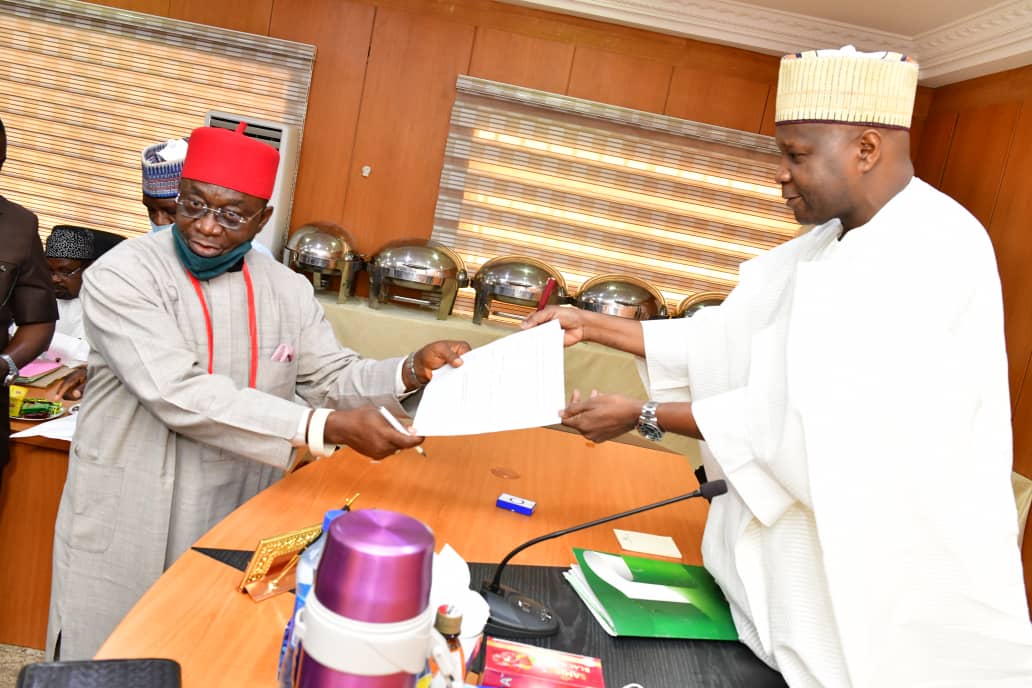 Speaking at the event, Governor Muhammadu Inuwa Yahaya congratulated the appointees for distinguishing themselves and charged them to bring to bear their wealth of experience and expertise, saying their coming into the his administration will impact positively on the execution of Government policies and programmes.

To the Special Adviser on Development Control and Enforcement, the Governor said “We all know there has to be code of conduct in putting up structures and ensuring compliance to codes and regulations. For us to have cities throughout the state and put up development structures that we can leave as a legacy to our people,we need to have people that are up and doing, hence the appointment of Group Captain Peter Bilal as Special Adviser on Development Control and Enforcement”.

He said the development control and compliance unit was established as part of his administration’s determination to transform Gombe State into a model.

In his response, Prince Ewuzie thanked the Governor for finding them worthy to serve the state, assuring the Governor of their loyalty and support in efforts to take the state to an enviable heights.

Members of the State Executive Council had earlier held a brief surprise session to rejoice with Governor Muhammadu Inuwa on the occasion of his 59th birthday anniversary marked on 9th October.