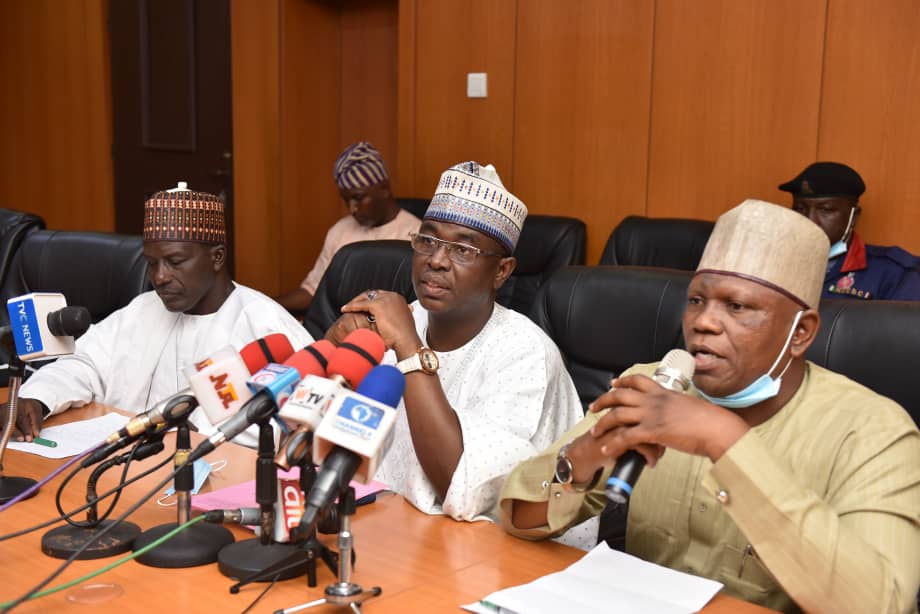 …Gombe to set up Special Schools in 3 Senatorial Zones

The Gombe State Executive Counci has approved the sum of one hundred and ninety eight million Naira for the design of Gombe Industrial Park master plan in Wajari district of Yalmatu Deba Local Government Area of the state.

The meeting which was chaired by the State Governor also considered some major steps to further improve on the education sector.

Briefing Journalists on the outcome of the 7th edition of the council’s meeting, the Gombe State Commissioner of Information, Ibrahim Alhassan Kwami alongside his counterparts in Education, Dr. Habu Dahiru and Commerce, Industry and Tourism, Nasiru Mohammed Aliyu said issues discussed at the Council were geared towards uplifting the economic and educational standards of the people of the State.

Speaking in specific terms, the Commissioner of Commerce, Industry and Tourism, Nasiru Mohammed Aliyu said the master plan for the Gombe Industrial Park will be designed in such a manner that it can accommodate agro allied industries and other companies for the overall benefit of the people.

He said so far over thirty companies have applied for space in the Gombe industrial park which is expected to run an open door policy for the interested investors willing to do business in the State.

Alhaji Nasiru Aliyu said the state Government is interested in doing business with companies who are willing and able to carry out their activities in the State irrespective of their place of origin”.

The Commissioner said the State Government is taking advantage of the Dandinkowa Hydropower plant through a power purchase agreement with the power providers.

In his own remark, the State Commissioner of Education, Dr. Habu Dahiru said Council has also approved the conversion of some schools across the 3 senatorial zones in the state to Special schools that will provide the opportunity for proper use of available teachers as well as to create a platform for students in such schools to compete with their counterparts across the country.

The Commissioner said the special schools will be given adequate attention to be able to produce students who will be filling the state’s quota in the Nigerian universities and other higher institutions.

He said the present administration under the leadership of Governor Muhammadu Inuwa Yahaya is giving priority attention to girl-child in an effort to encourage young girls to attain their full potentials.