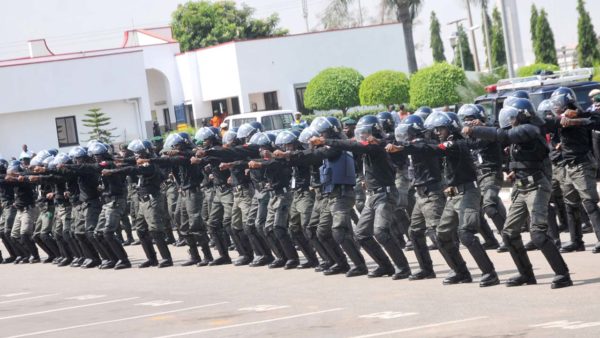 Looting and vandalization of government properties continued Monday unchecked in Adamawa state on the second day of the curfew imposed on the state.

This is even as the state police command confirmed the arrest of over 120 suspects who allegedly took advantage of the #EndSARS protests to vandalize and loot public and private properties in different parts of the State.

The hoodlums have taken advantage of the curfew imposed across the 21 local government areas in the state to loot and vandalize public and private structures.

The police spokesman in the state Suleiman Nguroje told newsmen in an interview Monday that the arrest of suspects is ongoing. He said, ‘’some items recovered from the hoodlums include looted- tractors, farm implements, and other equipment stolen.

‘’ We are yet to establish the casualty figures, though some were recorded, even as investigation is  still ongoing” Nguroje, a Deputy Superintendent of Police (DSP)  said, “

For now, over 120  suspects were arrested by the Police and other security sister organizations for various criminal offences ranging from arson,  stealing, malicious damage to property and assault before and after the statewide curfew imposed by the Governor, Ahmadu Fintiri to restore law and order in Adamawa,” he stated.

He explained that after the police investigation, the government will prosecute these suspects with prima facie cases, who allegedly took advantage of the #EndSARS protests to destroy and loot public and private properties in different parts of the State.

To this end, the police spokesman called on the people of the state to maintain peace, law, and order in their respective communities, pledging the commitment of the command to uphold the rule of law at all times.