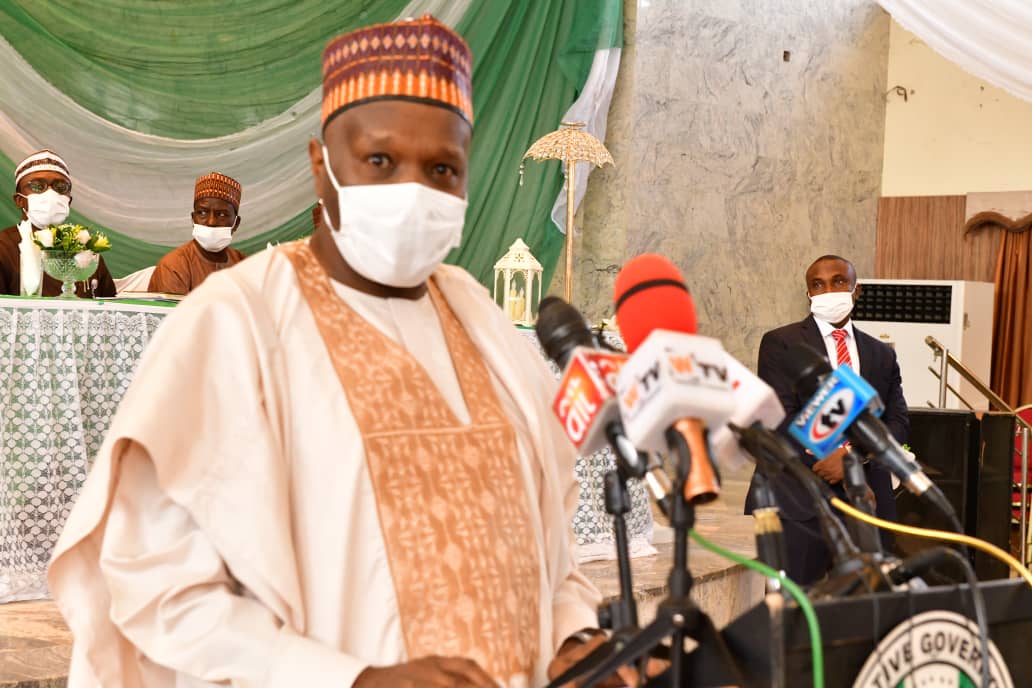 The Governor stated this while declaring open a one day workshop on Treasury Single Account on cash management strategy for chief accounting and paying officers as well as heads of Ministries, Departments and Agencies/higher institutions in the State.

The Governor told participants at the Workshop that on coming to office, his administration met the State finances in a delicate situation characterized by high debt burden, wasteful spending and lack of accountability.

This was why, he said, his administration took bold and calculated decision towards putting the State on the path of financial prudence and accountability, adding that the introduction and enforcement of TSA is one out of the numerous steps.

The Governor said in order to ensure the successful implementation of the TSA, his administration set up a committee under the chairmanship of the State Deputy Governor, this the Governor explained, was in addition to the signing of Executive order number six to further strengthen the implementation and enforcement of the policy in the State.

He said the TSA has recorded huge success in Gombe state as hundreds of dormant accounts were closed after generating their annual account statement for proper reconciliation and documentation, which goes to show the enormity of financial indiscipline inherited by his administration.

“It is worthy of note that on our coming to office on May 2019, we met the State finances in a delicate situation, characterized by high debt burden, wastefulness and lack of accountability. Since then, our administration has taken bold and calculated decisions towards putting the State on the path of financial prudence and accountability.

“The exercise has no doubt recorded tremendous successes as a total of 2,292 accounts linked to the state government were captured by the NIBSS and additional 265 hidden accounts were discovered.

” The sum of N1.48 billion was discovered from 860 accounts that were hitherto dormant or undisclosed. 586 dormant accounts were closed after generating their annual account statements for proper reconciliation and documentation.

” This shows the enormity of the financial indiscipline and opacity inherited by our administration”.

“You can imagine over two thousand two hundred accounts being operated in one Government and you expect proper accountability and record, we must do something in order to safeguard ourselves because reforms are inevitable and for us is either we reform or we perish”.

He said considering the paucity of funds the State grapples with amidst competitive demands, the government has no choice than to initiate reforms in the financial sector so as meet with the ever-growing demands of the State.

The Governor said in order to further manage cash resources, his administration approved the cash management strategy to enhance budget performance by preventing costly budget overruns that negatively affect the implementation of the medium-term expenditure framework.

“Our administration does not see budget as mere figures but as a tool of governance where expenditure must be carefully planned and backed by revenue allowing us to meet our budgetary expectations”.

Governor Inuwa Yahaya noted that there will be no development without requisite resources to help implement the present administration’s development agenda, saying that was why his administration is focused on mobilising resources in order to finance the execution of programmes and projects that will impact positively on the lives of the people.

He expressed the hope that the workshop will earn the participants the required skills and strategies in order to ensure prudent and transparent management of State resources.

The Governor who noted that the success of the TSA depends on the participants’ ability and willingness to buy into the new policy, called on the accounting and paying officers to take advantage of the seminar and gain the necessary insight and experience to make the policy a success.

Governor Yahaya said his administration will not tolerate any act of negligence, indiscipline or sabotage from anyone no matter how highly placed.

He said the implementation and enforcement of TSA are apt and Germaine considering the low revenue earnings from the federation account and Internally Generated Revenue, IGR.

Dr. Daniel Jatau said with the global economy in reverse gear occasioned by the covid-19 pandemic, it becomes necessary for government at all levels to imbibe financial discipline in order to engender prudent management of scarce resources.

He therefore thanked Governor Muhammadu Inuwa Yahaya for his intellectual acumen in putting up the implementation and enforcement committee on TSA with a view to blocking leakages while promoting discipline in Government transaction and expenditures.