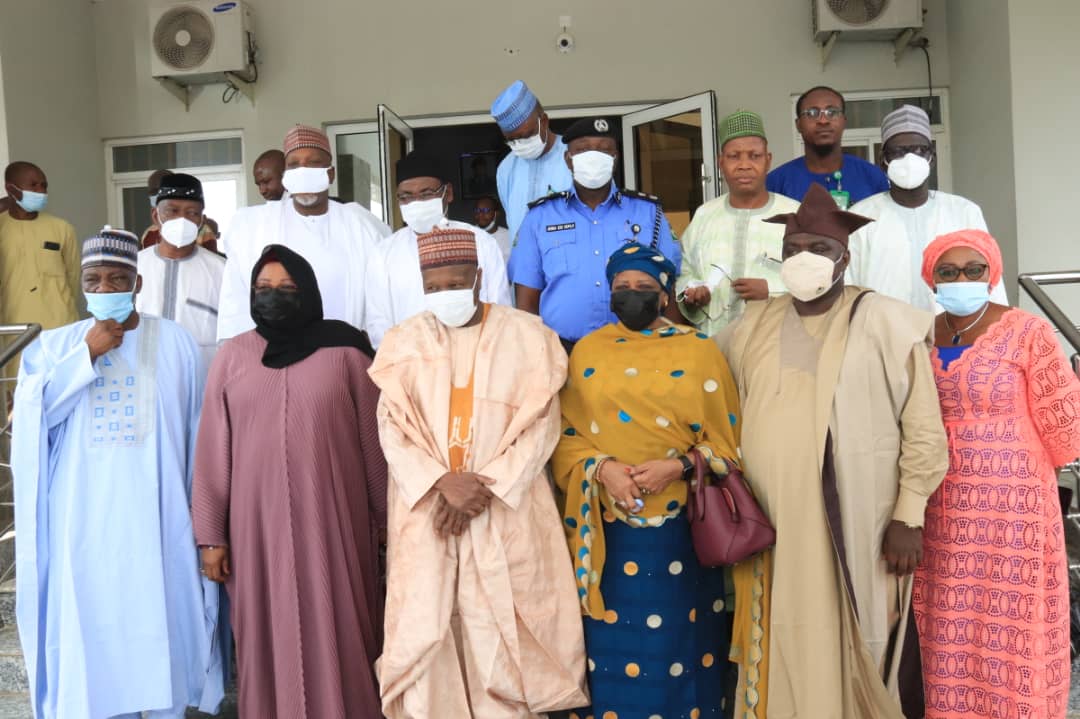 Governor Muhammadu Inuwa Yahaya has pledged the intervention of his administration to address some of the challenges confronting the temporary orientation camp of the National Youths Service Corps (NYSC) in Gombe state.

The Governor was speaking when he granted audience to the national governing board of the NYSC led by its chairperson, Ambassador Fatima Ballah Abubakar.

Governor Yahaya explained that as far back as 2008, the State had a befitting permanent NYSC orientation camp located in Malam Sidi which was later converted to a de-radicalisation programme centre for repentant insurgents by the federal government.

“By record, the state’s NYSC facility taken over by the federal government a few years back was supposed to last for only six months but now it has gone into its fifth year and yet no any commitment from the federal authorities on the tentative status of the camp.

The Governor said in view of current reality, building another NYSC Orientation camp may cost more than a billion naira given the fact that the one in Malam Sidi was constructed at the cost of six hundred million some twelve years ago.

Governor Inuwa Yahaya said he tabled the matter before President Muhammadu Buhari during his last visit to the statehouse and awaits the FG’s response on the next line of action.

He added that the concern of his administration was in line with that of the NYSC governing board.

“For us here we seriously need that orientation camp because NYSC helps us in boosting the capacity of our staff especially in schools and other services within the civil service. So we will continue to push and when we get the compensation we shall put up another camp”.

Reacting to the challenge of water supply on the NYSC temporary camp raised by the NYSC board chairperson, Governor Yahaya said the issue is not peculiar to the camp but the entire locality in the area which has a very deep water table.

He said in spite of the challenges faced by the State government in pumping water to Gombe metropolis from the Dadin Kowa dam, his administration will do everything necessary to ensure the water supply at the camp in Amada.

The Governor guaranteed the safety, security and comfort of corps members posted to the State in view of the resurgence of covid-19, saying the State is doing well in the management of the pandemic.

The Chairperson of the National Youth Service Corps Governing Board, Ambassador Fatima Ballah Abubakar said they were in the State to inspect the NYSC Orientation camp and to subsequently intimate the Governor of their findings and possible solutions.

Ambassador Fatima Ballah said some of the challenges observed at the camp include inadequate accommodation for corps members and water scarcity.

She praised Gombe state government for supporting NYSC programmes on various aspects, appealing to the Governor to come to the aid of the camp.

The chairperson of the NYSC governing board used the occasion to eulogise Governor Muhammadu Inuwa Yahaya for his sterling performance since coming into office in 2019.