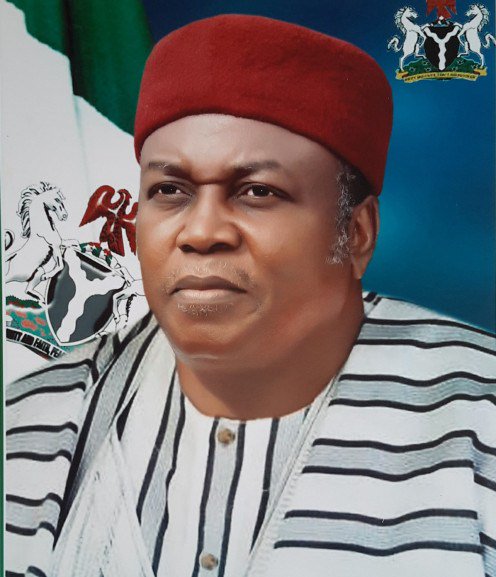 Taraba state governor, Darius Ishaku has called for assistance from the Federal Government and other humanitarian agencies to rebuild and replace items either destroyed or stolen by those who took advantage of the #EndSARS protest to loot.  Ishaku spoke Tuesday, in Jalingo the state capital, after assessing the level of damage on some government structures in the state capital.

Recall that a number of warehouses where items either procured by the state government or donated to it as palliatives were invaded and completely stolen last month.  Some of the affected properties include Office complex of Hope Afresh Foundation, a pet project of the governor wife which houses equipment for a skill acquisition programme, NYSC orientation camp, DDI Gardens, a new housing estate being constructed by the Ishaku administration, Taraba State Broadcasting Station, the Ministry of Agriculture warehouse, among others.

The governor who was out of the state at the time when both the government and some private properties were vandalised and looted, described the destruction as a major setback for Taraba. He explained that the state has little resources and needs help to rebuild.