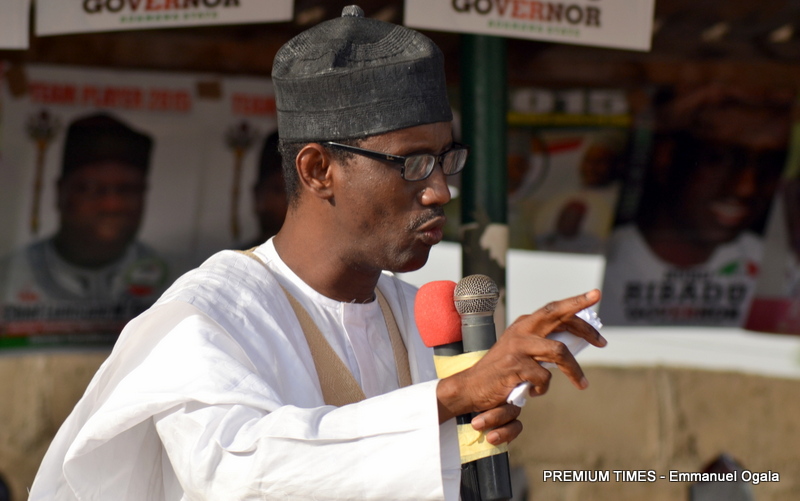 The Director-General media to Governor Fintiri of Adamawa state on Friday said no amount of newspaper article or opinion write-up that can guarantee electoral value for a former EFCC chairman, Nuhu Ribadu to win a councillorship seat in Adamawa state or elsewhere in Nigeria.

The governor’s spokesman claimed that the holier than thou attitude of Ribadu could not allow him to win a presidential election, governorship election, even APC primary in 2019.

Kumanger said this in a telephone interview with our correspondent.

Kumanger said no amount of name-calling by Nuhu Ribadu and his agent could save him from electoral defeat if APC mistakenly hands over 2023 ticket to Nuhu Ribadu or any of the serial losers in Adamawa.

He said the allegation of Farida Waziri could not be swept under the carpet as we insist that Ribadu should avail himself a copy of the EFCC investigative report on his tenure as the chairman of the commission or he should keep calm.

He said, “This is becoming unbecoming that someone you called a saint has to run to exile and return in 2010 when the late Yar’ dua of blessed memory was no more if he is really what they brand him to be why did he ran abroad and not wait to clear his name under Yar’dua?.

“Ribadu has no electoral value, the PDP under Jonathan took Adamawa governorship PDP primary election to Abuja in 2014 forgetting that Adamawa election cannot hold in Abuja, still yet Ribadu was defeated randomly”.