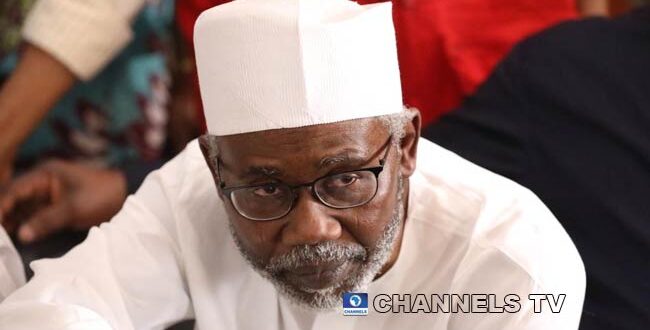 Breaking: No amount of media hype can give Nuhu Ribadu electoral value to win a councillorship position in Adamawa, Fintiri’s aide fires back. Read more at: https://wp.me/paA1TX-2gX

A Federal High Court in Abuja has granted permission to a former Attorney General of the Federation and Minister of Justice, Mohammed Adoke to travel for a medical check-up at the United Arab Emirate, where he was in exile for about five years.

Ruling on Adoke’s application for permission to travel to the UAE, the trial Judge, Justice Inyang Ekwo on Thursday ordered the release of his passport to enable him to travel to UAE on health grounds from December 15 and return on or before January 10, 2021.

The Economic and Financial Crimes Commission (EFCC) is prosecuting Adoke on 14-count charges bordering on money laundering to the tune of $6million.

Adoke who is standing trial alongside a businessman, Aliyu Abubakar, is scheduled to return to the court on January 11 for the continuation of his trial.

The former AGF who fled the country had returned and was immediately arrested by the EFCC upon arrival at the Nnamdi Azikiwe International Airport, Abuja on December 19, 2019.

He has since been facing multiple charges, including money laundering, before various courts which had ordered the seizure of his passport as a bail condition.

Adoke was accused of among others, receiving the dollar equivalent of N300 million from Abubakar, paying the dollar equivalent of N367,318,800 to one Usman Mohammed Bello, and allegedly using the sum of N300 million, which was alleged to be part of the proceeds of unlawful activities, all in violations of various provisions of the Money Laundering Prohibition Act, 2011.

The former AGF was also accused of making “structured cash payments, in 22 tranches” amounting to N80 million, another of such structured payments in 13 tranches summing up to N50 million into his Unity Bank account.

AFAN Benue State chapter in a statement in Makurdi by its chairman, Aondongu Saaku and …