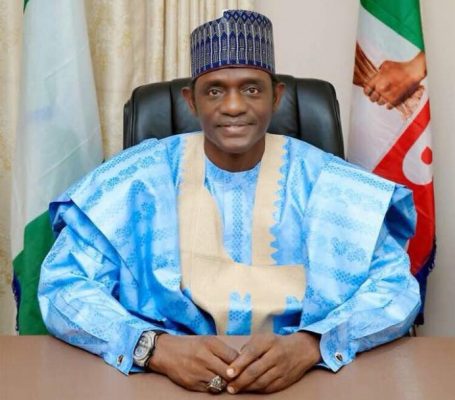 The Chairman, Adamawa united for change has commended the Caretaker/Extra Ordinary Convention Planning Committee (CECPC) under the leadership of Yobe Governor Mai Bala Buni for its activities so far geared towards the progress of the party.

Recall that the ruling party had during the emergency National Executive Committee (NEC) meeting held at the Presidential Villa dissolved the all-state executive committee and reappointed them in an acting capacity.

That resolution was reached at the emergency NEC meeting attended by President Muhammadu Buhari, APC state governors and other key members.

The Buni-led committee was not only tasked to pacify warring factions in the party but to conduct a national convention to elect new leadership for the party within six months.

Dr Mohammed Bappre in a statement to the press this afternoon in Yola said, “As the party is starting revalidation of old memberships and new registration, we call on the party leaders to come together and return our party to its original focus and vision to deliver a truly social-democratic welfarist political ideology for good of all Nigerians.”

Meanwhile, it was gathered that the caretaker committee has the support of President Muhammadu Buhari and other critical stakeholders of the party to commence a fresh membership registration and revalidation on December 12, 2020, and round off the exercise on January 9, 2021.

Bappare urges the caretaker committee to keep up the momentum and focus on its mission, the committee was advised not to be deterred by any distraction but “keep their eyes on the tasks they are saddled with and, we the entire members of the APC in the Adamawa assure them of our total support.”

Also, the APC chieftain commends Gov. Buni for the relative peace that engrosses the party under his watch as the acting chairman of the party.

The Buni-led Committee has continuously received a widespread commendation for deploying a combination of reconciliation, consultation and inclusiveness in achieving unity and cohesion in the party within the past few months.

Bappare told reporters in Yola that Buni is a man of peace and all that he is doing is knowledge-driven that needs all hands to be on deck to ensure he repositions the party to rule Nigeria in the next sixty years to come.