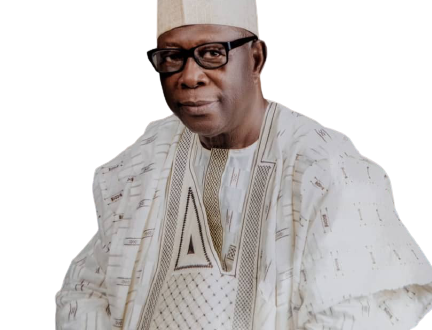 According to The Finder, the selection was made with input from pension industry analysts, corporate executives and finance experts from six geopolitical zones of Nigeria.

The experts selected the winners in all categories, including the CEO Awards, West Africa Award.

Organisers disclosed that the award was in recognition of his contributions to the development of the industry and the positive changes he brought to the Adamawa state pension Board.

Madi, who was appointed executive chairman of ADSPB by Gov. Ahmadu Umaru Fintiri of Adamawa state on June 16, 2020, brought with his legacy of integrity, passion for service and humanity.

Management of ADSPB stated that Madi was able to identify areas in need of critical changes in the directorate and took appropriate measures that changed the negative story of pension administration under the Defined Benefit Scheme to a positive one.

The awardee who may not be presented with the award at a ceremony slated for May 07, 2021, at Golden Tulip Hotel, Accra and those who cannot attend can join via our skype channel.