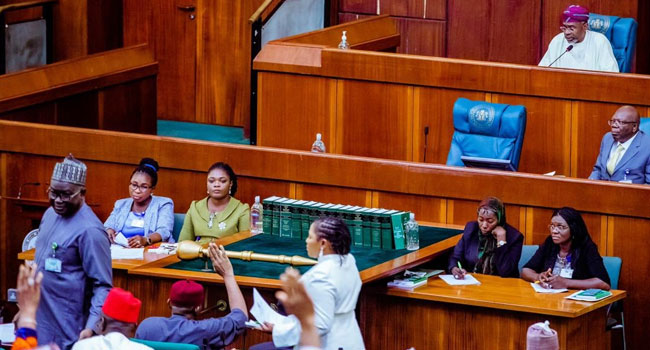 This was as he revealed that each member of the House of Representatives gets an allocation of N100m to execute projects in their constituencies.

He, however, regretted that due to poor budgetary implementation, the Reps hardly get more than N80m of the allocated N100m.

The lawmaker made the revelation while addressing journalists in Yola, following the inauguration of some solar-powered boreholes, a computer centre, a town hall and examination halls in Lafia, Demsa, Ndem, Imburu, Bali and Kpasham, constituencies of Lamurde/Demsa/Numan local government areas.

Laori said, “When you go into our core mandates, we are not supposed to be involved in infrastructures and provision of basic necessities to our constituents. But because of the lacuna of poor budgeting procedure, which has failed in tying policy plans to needs assessment, we have to step in and fill in the gaps that the government has left open in terms of service delivery to our constituents.

“In terms of the money, every member of the House of Representatives is given an envelope of N100m. This money is used to execute the popular constituency intervention project.”

Laori also decried what he described as the under-performance of the country’s annual budget.

He said, “This country has never achieved more than 40 per cent budget performance. You can quote me anywhere. You have budgets enacted year-in and year-out, being repeated and bloated and yet not being achieved. Because of our projections we don’t follow them. We bloat the system and we don’t prioritise.”