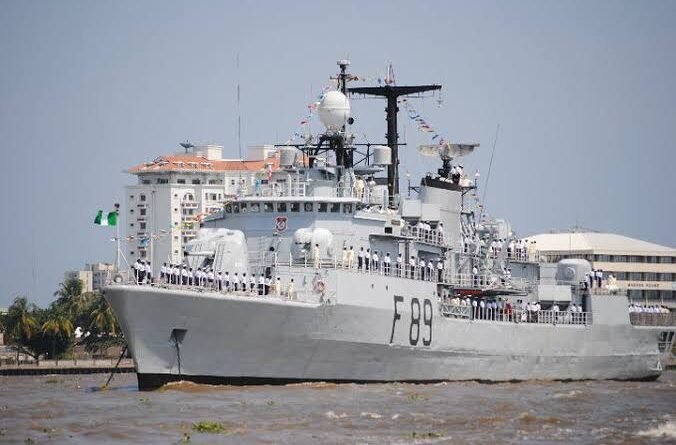 The Senate has urged the Presidency to take over the Nigerian Navy Flagship “NNS ARADU’’ as a presidential asset and resuscitate it for national security and safety.

NNS ARADU is the largest ship in the Nigerian Navy fleet.

The resolution was sequel to a motion by Sen. George Sekibo (PDP-Rivers) and co-sponsored by 14 other senators.

Sekibo also urged the Senate to convoke a stakeholders roundtable to fashion out a funding regime to facilitate NNS ARADU’s re-fitting and refurbishing.

He said that this was necessary to enable the ship to carry out its role of protecting the Nigeria’s maritime domain.

According to Sekibo, NNS ARADU is the largest ship in the Nigerian Navy fleet with a length of 125.6 metres (412ft 1 in) and as a general-purpose frigate.

“It is an all-purpose fighting ship capable of undertaking anti-submarine warfare (short range or extended range using helicopter borne torpedoes) and electronic warfare (intercepting and jamming) among others.

“The ship participated in joint exercises with visiting ships of the German, Indian, French and the Brazilian navies.’’

He expressed regret that in 1987, barely five years after her commissioning, NNS ARADU ran aground twice and was involved in a major collision.

“It went through a significant local refit in 1991 at the Nigerian Navy Dockyard, Wilmot Point, Lagos.’’

Sekibo said that the misfortune of ARADU was the transfer of the ship from the Presidency to the Nigerian Navy for maintenance which could not afford to keep it afloat due to the envelope budget system.

The lawmaker said the ship could be refitted either locally or internationally or both to give her 25 years extended life span or more.

Contributing, Chairman, Senate Committee on Air Force, Sen. Bala Ibn Na’Allah said that it was disheartening that the ship was desolate.

“It does not make sense in our economic situation to begin to anticipate that 700 million dollars can be used for the purpose of replacing same.

“The fact that the work of the parliament is to ensure prudent use of resources of the country, it therefore calls on the Senate to intervene in this kind of situation.’’