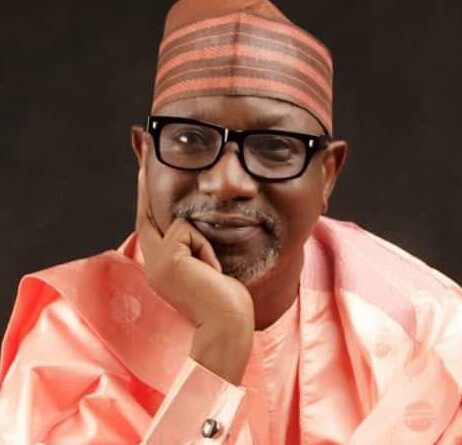 THE Director-General media to Governor Ahmadu Umaru Fintiri of Adamawa state tasked a defeated senatorial aspirant, Umar Mustapha, to face the reality of defeat awaiting him in 2023, stating his statement criticising the Governor for buying vehicles for traditional rulers after 20 years since any governor could make such kind gesture towards the first-class rulers in the state was self-serving.

In a statement, Kumangar berated Umar Mustapha describing him as a serial contestant and a serial looser whose lack of respect for the traditional institution in the state is glaring.

“This fellow Umar Mustapha is speaking due to pains of defeat he faced during the 2019 contest, and we understand his frustration; it was Governor Fintiri that has approved 1.6 billion naira to pensioners since the advent of the state or has any pensioners run to him to cry of not getting pension.

“Umar Mustapha and his cohorts are scared stiff of the “looming disgrace” awaiting them at the 2023 polls, forgetting that those sponsoring him will face an imminent and inevitable electoral defeat too, come 2023.

“Umar Mustapha not driven by love for pensioners or patriotism. he is struggling to gain popularity that exist only in his imagination. But can a drowning man rescue another?” The Governor special aide asked rhetorically.

“Apart from the Boni Haruna’s administration, no other governor has remembered the last time a vehicle was purchased for those in charge of our cultural heritage if not Governor Fintiri; as such, the Governor deserves commendation, not vilification.