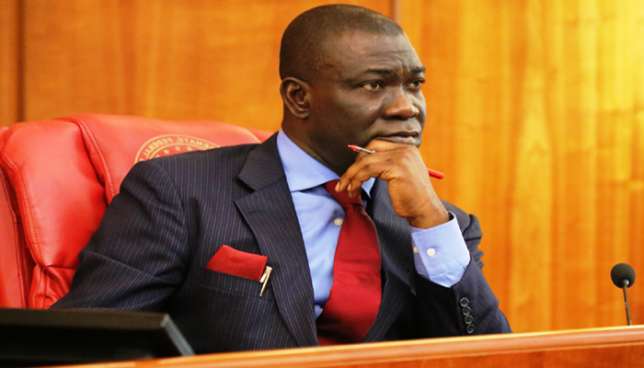 The trial of former Deputy Senate President, Ike Ekweremadu and his wife, Beatrice Ekweremadu has been adjourned to July 7.

The London Metropolitan Police earlier on Thursday said it had arrested and charged the duo for conspiring to bring a child to the UK for organ harvesting.

At the Uxbridge Magistrates’ Court, they pleaded not guilty to the charges, according to a Daily Mail report.

“These are serious allegations and these matters are now adjourned until 7 July back here at Uxbridge,” Magistrate Lois Sheard said.

Ms Sheard remanded both defendants into custody ahead of their hearing next month.

Meanwhile, the police said the child involved in the matter “has been safeguarded and we are working closely with partners on continued support.”

A source familiar with the matter, who spoke to Channels Television on condition of anonymity, said Ekweremadu’s child has been suffering from a kidney disease and needed a transplant.

The source said a donor was gotten and sent to the UK for investigation with the aim of providing a kidney.

However, the source said the kidney did not match that of Ekweremadu’s child.

Subsequently the donor was scheduled to return to Nigeria.

However, according to the source, the donor refused to return to Nigeria and instead reported to the UK police to seek asylum.

The story is “causing shockwaves, not just in Nigeria, but across the international community,” according to Channels Television’s UK correspondent, Julianna Olayinka.

This “individual was once one of the most powerful politicians in Nigeria,” Olayinka noted, stressing that the matter is “an ongoing investigation.”

“I do believe that this story is likely to pick up over the next couple of days,” she said of what is to come next.

“One of the reasons why is because it’s a big story here in the UK at the moment.

“The Home Secretary, Priti Patel and Prime Minister Boris Johnson are grappling with the migrant crisis.

“And the European Union says one of the real issues is organ harvesting. And a lot of these human traffickers, if they are not able to get these asylum seekers to pay for their illegal travel, then they are using their organs.

“So it’s a very serious issue.”