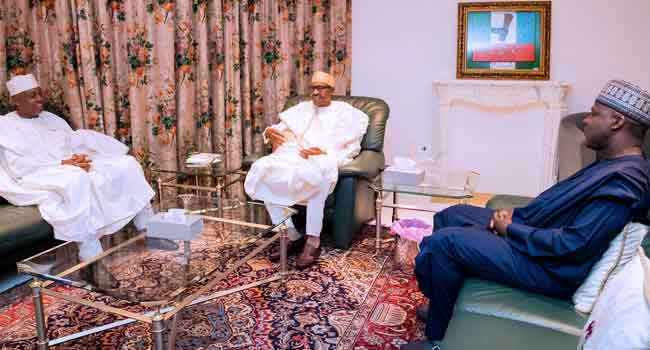 he leadership of the National Assembly says Nigeria can no longer condone the repeated killings of innocent citizens.

Speaker of the House of Representatives, Yakubu Dogara, said this on Wednesday in Abuja while condemning the recent attack in Plateau State, on behalf of the Legislature.

The incident, which claimed at least 100 lives, and the latest from the herdsmen-farmers crisis, prompted Senate President Bukola Saraki and Mr Dogara to meet with President Muhammadu Buhari today at the Presidential Villa.

Giving insights into what was discussed at the meeting, the Speaker noted that although President Buhari has taken steps to address the matter, security issues are not matters that can be discussed in public. He, however, informed reporters that the President briefed them on the measures to be put in place to prevent such ugly incidents from happening. “These are very sober moments for most of us,” said Dogara. “In a situation where people, in hundreds, are killed, we cannot continue to tolerate this as government.” “Whatever it is, we mustn’t lose the fight against violence because we can’t lose that fight and still keep our civilisation. “If you go to the North-east, you can see the level of devastation caused by Boko Haram. Everything resembling progress is being pulled down and we don’t want a replication of this all over the country,” he added. Earlier, Senate President Saraki told State House correspondents that they had come to meet with the President to see what they can do collectively to address the security issues in the country. He disclosed that they received a briefing on the steps being taken to restore sanity and to bring confidence to the nation. In a bid to tackle the issue headlong, the Senate President further pledged the support of NASS for the security agencies, the National Emergency Management Agency (NEMA) and other relevant agencies.

He also revealed that NASS would send a delegation to Plateau and appealed to Nigerians to live peacefully with others, irrespective of their religious and ethnic differences.

Saraki said, “The general appeal at the end of the day is that we must live together in peace and in harmony. It is our intention to also go and pay our own condolence visit to the people of Plateau State.”

“We have received that (the briefing) and we will continue to all work towards it. Nobody is happy with it; he (Buhari) is not and neither of us is, and we have all come together collectively to see that we restore sanity,” the Senate President added.