Jose Mourinho has hit out at Manchester United’s transfer window inactivity after watching his under-strength squad crash to a 4-1 defeat against Liverpool in the latest stop of their pre-season US tour.

Mourinho said he expected to bring in only one new player before the new Premier League season kicks off despite submitting a list of five transfer targets to club bosses earlier this year.

United’s failure to bolster their resources and the absence of several key first team players following the World Cup has forced Mourinho to field several untested youngsters during the US tour.

On Saturday, United were torn apart by Jurgen Klopp’s Liverpool at Ann Arbor, Michigan, in the Red Devils’ penultimate game before facing Real Madrid in Miami on Tuesday. They face a further friendly against Bayern Munich in Munich on August 5.

Mourinho, who has become increasingly downbeat during the tour, cut a frustrated figure as he spoke about the club’s relative inactivity in the transfer market.

Responding to a question about Chilean international Alexis Sanchez’s performance against Liverpool, Mourinho suggested the pre-season tour had been of little value, adding that the team were just trying to “survive”.

“You want him to be very happy with the players he has around him?” Mourinho said of Sanchez.

“We are not playing here to improve the team or improve our dynamic. We are playing here just to survive and to have some not very happy results.

“And the poor man is there trying his best with the frustration of someone who wants more.”

Mourinho meanwhile praised the contribution of senior players such as Sanchez, Juan Mata, Ander Herrera and Eric Bailly. Bailly volunteered to face Liverpool after Chris Smalling was injured during the warm up.

“Today, we have four or five players who are dead because they care with the club and try to give everything, even risking themselves, because they don’t want to let all the kids play by themselves against Milan, against Liverpool,” Mourinho said.

“Eric Bailly was not going to play and when he saw that [Chris] Smalling was injured in the warm up, he decided by himself that he didn’t want another kid on the pitch. It was not fair on Alexis (Sanchez) and (Juan) Mata and (Ander) Herrera.

Compounding United’s problems, Mourinho revealed Serbian international Nemanja Matic would miss the start of the season after undergoing surgery in Philadelphia to address an undisclosed injury.

“He came from the World Cup with an injury, and the time he had to rest in the holiday was not enough to resolve the problem,” Mourinho said.

“He went to Philadelphia to a top world specialist and he had surgery immediately to try not to lose more time.” 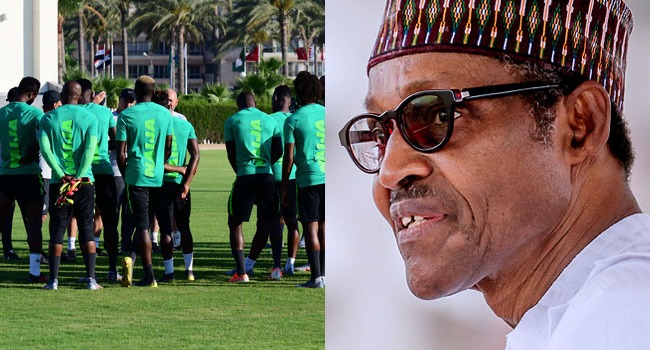 President Muhammadu Buhari has cheered the Super Eagles into winning their first match against Burundi, …