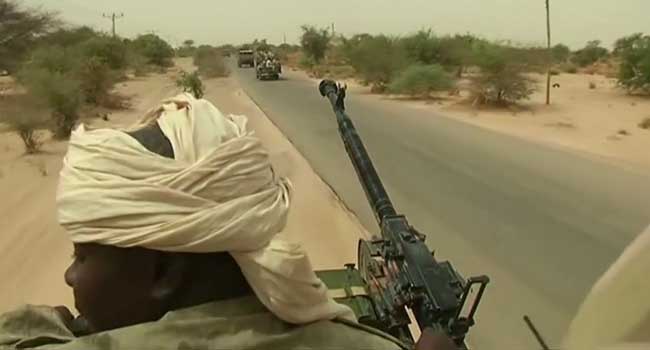 Calm has been restored at the Maiduguri International Airport after a protest by soldiers of the Special Strike Forces deployed in Operation Lafiya Dole on Sunday.

Firing gunshots in the air at the airport, the soldiers protested against their new posting to Marte, a Local Government in Northern Borno State.

Explaining the reason for their actions, one of the soldiers told Channels Television on Sunday evening that they were due for rotation, having spent almost four years at the theatre of operations.

He said they reported for duty in February 2015, stressing that a military circular from the Chief of Army Staff had clearly stated that no soldier should on any account be kept beyond three years in the North East region of the country.

But in a statement signed on Monday by the Deputy Director Public Relations of the Theatre Command operation Lafiya Dole, Colonel Onyema Nwachukwu, the Army said it had become necessary to review the troops’ deployment in a bid to reinvigorate the security architecture of the city.

Nwachukwu explained further that they must have misunderstood the development and erroneously assumed it was going to negatively affect their rotation from the theatre of operation.

He, however, noted that calm has been restored, as the Theatre Commander, Major General Abba Dikko, promptly took charge of the situation after addressing the troops.

“The Theatre Command undoubtedly considers this ugly incident quite regrettable and appropriate measures are being taken to forestall a recurrence,” he added.

The army also asked members of the public to remain calm and go about their normal activities.