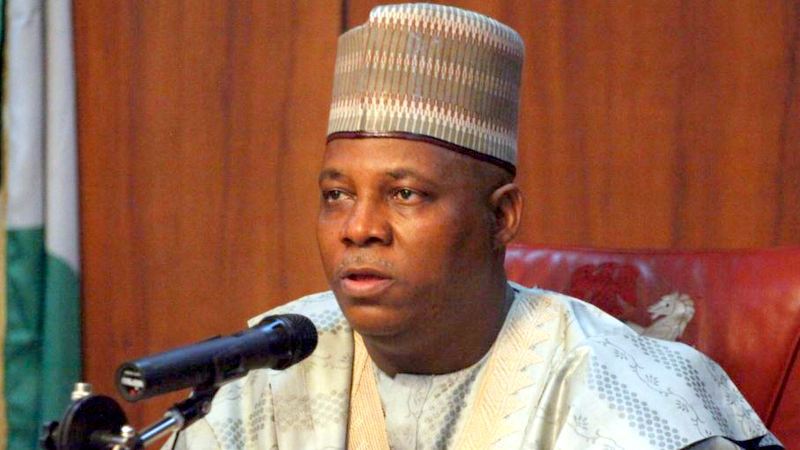 Hours to the All Progressives Congress (APC) governorship primaries in Borno State, the outgoing governor, Kashim Shettima, has picked a professor, Babagana Zulum, as his preferred successor.

Mr Zulum, the former commissioner for the ministry for reconstruction, rehabilitation and resettlement (RRR), is among the 21 aspirants seeking to secure the Borno APC governorship ticket.

The announcement was made late Saturday night when Mr Shettima addressed some of the aspirants at the government house, Maiduguri.

Though journalists were not allowed at the late night meeting where the announcement was made, sources at the meeting said the governor said his choice does not foreclose the chances of others who would want to go for the primaries.

the governor’s spokesman, Isa Gusau, said the decision was finally taken after wide consultation with all the stakeholders in the state.

“Yes, Professor Umara Zulum has been announced by His Excellency Kashim Shettima, as the governor’s preferred candidate last night. And the governor will later explain to the press his reasons and justification for that crucial decision,” said Mr. Gusau.

“But that does not mean the primaries will not hold today as planned.”

Sources close to the governor said he has, in the past weeks and days, consulted traditional rulers and Borno elders, as well as the business community, who have given their endorsement for Mr Zulum.

Before last night, the governor was said to be considering either Mr Zulum and the much younger Attorney General and Commissioner for Justice, Kaka Lawan.

“The governor has once described the two of them during a chat with the media as his “staunch and fierce loyalists who have the burning passion to develop our state and take us to even greater heights,” Mr Gusau said.

If he secures the APC ticket and is elected governor, Mr Zulum will be the person with the highest educational qualification to govern the state.

Mr Zulum, a professor of agricultural engineering, is a member of National Institute for Policy and Strategic Studies (NIPSS). He holds a Master’s Degree in Soil and Water Engineering from the University of Ibadan, and a PhD in Agric and Environmental Engineering.

He was serving as a Senior Lecturer at the University of Maiduguri when he was appointed as the Rector of Ramat Polytechnic, Maiduguri.

In 2015 at the completion of his tenure as Rector, Governor Shettima appointed him commissioner of the then newly created ministry of RRR.

Mr Zulum was born in August 1969. He is from a small village of Mafa, the headquarters of Mafa Local Government area of Borno State.