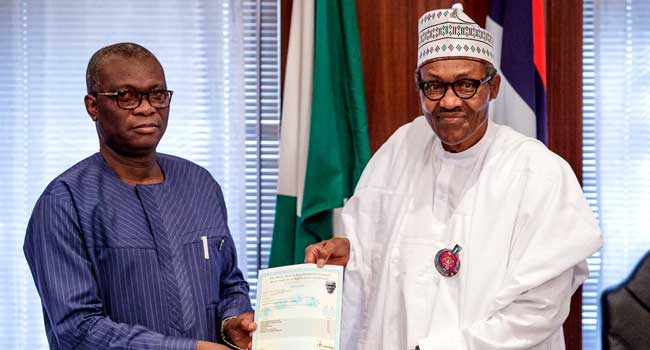 The Peoples Democratic Party (PDP) has condemned the attestation and confirmation of result issued to President Muhammadu Buhari by the West Africa Examination Council (WAEC).

“A check on the attestation clearly shows that it does not have the “Original Certificate Number”, the key authentication feature in all genuine attestations by WAEC,” the PDP claimed in the statement signed by its National Publicity Secretary, Mr Kola Ologbondiyan.

It added, “Instead, a ‘non-applicable’ is entered, indicating that the beneficiary does not have a certificate to be attested to, thus rendering the said attestation unauthenticated, fake and of no effect.

“Most appalling is that Mr President’s handlers have succeeded in dragging a reputable institution as WAEC into public disrepute and opprobrium, as Nigerians are quick to demonstrate marks of forgery in the attestation issued by the examination body.”

“Does it not smack of a high-level scam that the same WAEC, which, in 2015, confirmed that it does not have records of President Buhari’s certificate, now had to send officials to present Mr President with an attestation, that has no original certificate number?” it queried.

The PDP noted that by WAEC rules, attestations were only issued in the case of missing or destroyed certificate.

It then wondered why the examination body would issue an attestation to President Buhari, saying the President had said his

The party accused the Presidency of using the development to deceive Nigerians, adding that President Buhari should have used his powers as the Commander-in-Chief to direct the military to make available his credentials for all to see.

“What the unauthenticated attestation has shown is that Mr President does not have a WAEC certificate; we urge his handlers to humbly so admit and apologise to the nation, having exhausted all gimmicks to mislead Nigerians,” it claimed.

The PDP purported, “The Buhari Presidency should know that there is no way the truth can be suppressed. In fact, the current disagreement between the Presidency and WAEC over who initiated the attestation deal is also very revealing.”