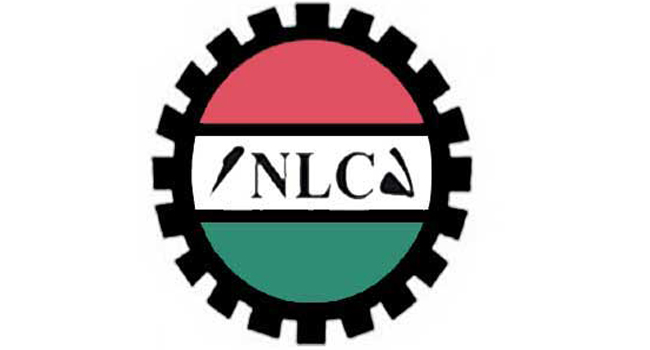 Despite workers’ insistence on proceeding on a nationwide strike, there will not be scarcity of petroleum products, the state oil firm, NNPC, has said.

The NNPC on Sunday dispelled speculations of an impending petroleum products scarcity in the country.

The corporation’s spokesperson, Ndu Ughamadu, assured it has a stock of petroleum products to sustain a minimum of 39 days sufficiency and about 25 days availability on land.

The declaration is coming amid the insistence of the Nigeria Labour Congress (NLC) and other trade unions of commencing a nationwide strike from Tuesday.

Following the stalemate in discussions on a new national minimum wage for workers, the National Executive Committee (NEC) of the NLC at the end of its meeting last Wednesday said there was no going back on a total strike come Tuesday.

The NLC said its members were not accepting anything less than the N30,000 it said was agreed as new minimum wage at a tripartite meeting with government and private employers of labour.

However, the federal government insists on a N24,000 minimum wage package, while the state governors said they would be able to pay only N22,500.

Although the federal government said on Friday it secured a court injunction to restrain workers from embarking on the strike, the NLC leadership said nothing can stop them from going ahead with the planned nationwide action.

Also on Sunday, the General Secretary of NLC, Peter Ozo-Esan, told PREMIUM TIMES in a telephone interview said labour was not interested in a meeting announced to hold on Sunday by the Secretary to the Government of the Federation (SGF) to dialogue on the issue.

“We (NLC) are not aware of any meeting with the SGF over any matter. A government that gets an injunction against us without putting us on notice until we heard from the press has shown enough bad faith.

“Even if we were aware, we would not be interested to attend any meeting. The meeting we are aware of, which we are going to attend, is the tripartite committee meeting tomorrow in Abuja. That’s the one we plan to attend. That is the official position,” he said.

Rumours of possible fuel scarcity as a result of the strike became prominent when oil unions pledged to join the strike.

Since the NLC and the Trade Union Congress (TUC) said they were determined to go ahead with the strike despite the court injunction by government, two oil workers’ unions, the Petroleum and Natural gas Senior Staff Association of Nigeria (PENGASSAN) and the National Union of Petroleum and Natural Gas Workers (NUPENG) have all declared their readiness to withdraw their services in compliance with the directive of the central labour movement.

The withdrawal of their services would mean stoppage of normal oil and gas industry activities, including disruption in the transportation, distribution and supply of petroleum products across the country.

Consequently, the NNPC, through its spokesperson, Ndu Ughamadu, moved on Sunday to reassure consumers there was no need to panic over a possible fuel supply crisis.

“Motorists and other consumers of petroleum products are assured of adequate stock to meet their energy needs,” Mr Ughamadu said.

The NNPC spokesperson said information on the petroleum products stock level became necessary to dispel insinuations that the threat of strike action by the labour would result in a slip into a round of products shortages across the country.

He advised motorists not to engage in panic buying as the corporation would do all it could to ensure the strike action does not impact negatively on fuel distribution nationwide.

“Nigerians should remain vigilant and volunteer information to the Department of Petroleum Resources (DPR), the Industry regulator or to any law enforcement agency around them, on any station that attempts to take advantage of any prevailing situation in the country at the expense of the consumers,” he said.