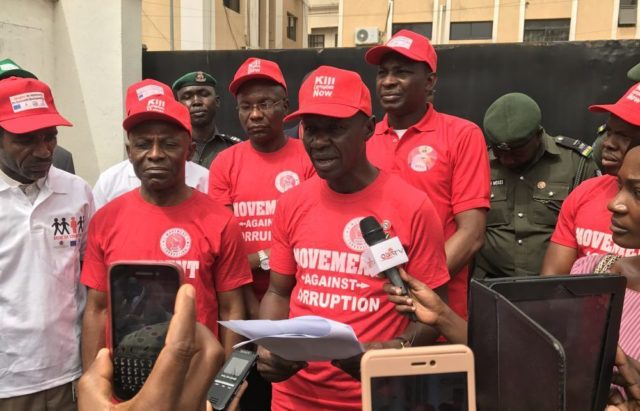 The Economic and Financial Crimes Commission (EFCC) has described as “untrue and evil” reports that its personnel had invaded the Abuja residence of the Chief Justice of Nigeria, Walter Onnoghen.

The spokesman of the commission Tony Orilade told the Journalists on Tuesday that the fake news “is being spread by evil men and women to get evil results.”

There were reports suggesting EFCC operatives had surrounded Mr Onnoghen’s home on Tuesday.

The chief justice is accused of wrongful declaration of assets, and faces six charges at the Code of Conduct Tribunal.

Mr Onnoghen was absent from the tribunal on Monday when the case opened.

His lawyers challenged the jurisdiction of the tribunal and argued that Mr Onnoghen was not properly served the summons.

The matter was adjourned until next week. Later, a federal court issued an injunctions stopping the trial temporarily.

A Federal High Court in Abuja asked the federal government to put on hold plans to arraign Mr Onnoghen.

Despite Failing to Fulfilled 2019 promises, Fintri kicks off 2020 with new promises