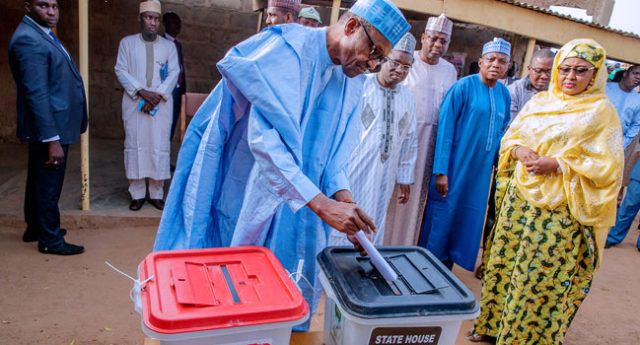 President Muhammadu Buhari has cast his vote in his home town of Daura in Katsina State.

The President arrived his polling unit at about 8am in the company of his wife Aisha Buhari.

After casting his vote, he addressed and fielded questions from journalists.

He said he is not surprised that his victory at the February 23 election is being challenged.

On the fears of possible violence during the governorship elections, President Buhari said he is leaving it to the security agencies to tackle.

PDP’s position on ballot snatching indicates it wants to rig