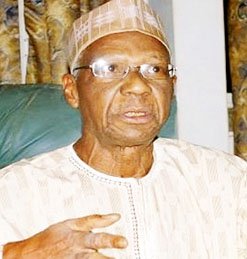 The Joint Account System in place in most states will only exist for the receipt of allocations but not disbursement, according to the guidelines.

Besides, each of the 774 local government areas may get N500,000 cash transactions limit per day.

All financial transactions by local governments will be registered and monitored by the NFIU through e-payment module.

These are some of the highlights of the new guidelines, which the NFIU will launch today in Abuja as part of steps to check mass looting of the treasury by local government officials and diversion of LGA funds by governors.

It was learnt that the administration of President Muhammadu Buhari floated the idea to restore the financial independence of local governments.

A top source, who spoke in confidence, said the new Director of NFIU, Mr. Modibbo Hamman-Tukur is set to roll out the comprehensive guidelines which will cover government, corporate, Bureau De Change and individual financial transactions.

The source said: “The NFIU will on Monday launch new financial guidelines, including those bordering on the operations of the local government accounts.

“Governors will also lack control over the utilization of these funds of local governments.

“The Joint Account System in some states will only exist for the receipt of federal allocations meant for local governments and not disbursement.”

Another source said: “The administration of President Muhammadu Buhari is taking his anti- corruption campaign to a higher level by also blocking sources of stealing in government at all levels, money laundering, terrorism financing and others.

“We should expect more transparency in governance, especially at the third tier, which is the local government level.”

President Buhari  on July 11, 2018 signed the NFIU Bill into law  – in line with the requirements of Recommendation 29 of the Financial Action Task Force Standards and Article 14 of the United Nations Convention Against Corruption.

The new Act has separated the NFIU from the Economic and Financial Crimes Commission (EFCC).

The NFIU began operations on April 1.

A statement by the NFIU through  its Acting Chief Media Analyst, Mr. Ahmed Dikko, said it will soon complete the beneficial ownership data base for politically exposed persons.

The statement said: “”The main focus of the NFIU will be to fight all crimes through money laundering, terrorism financing and proliferation of weapons real time analyses in the entire country.

“Significant measures to be implemented by the NFIU in the near future will include full implementation of the National Sanctions regime to all detected areas of vulnerabilities within our systems. Other areas include issuing guidelines, advisories etc. that will affect cash transactions processes of local, state, federal governments and bureau de change etc.

“The Unit will also release new reporting requirements on suspicious transactions for terrorism prone areas and on suspects taken into custody in violent and flashpoint communities to check vices of terrorism, proliferation of small arms, kidnapping, ethnic violence, cattle rustlings etc. with the view to providing credible intelligence for law enforcement and national security.

“Finally, efforts of the Federal Government to set up the beneficial ownership data base for politically exposed persons and public servants will be completed and expanded to capture additional necessary areas.

“The new process which includes new approach to analysing compliance in public account expenditures will almost shut down corruption from the way we used to know and new transparency methods will come to governance.”