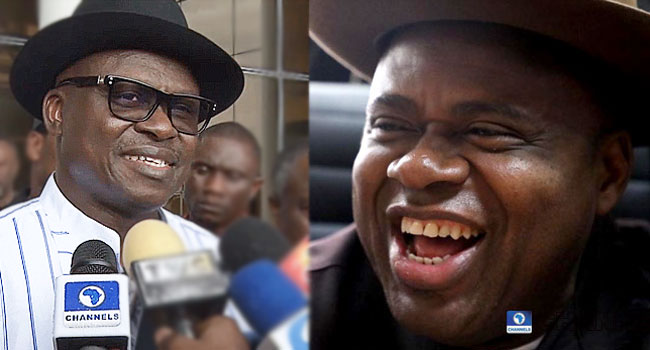 The Supreme Court has dismissed an appeal filed by a former aspirant of the Bayelsa governorship election under the Peoples Democratic Party (PDP), Timi Alaibe, challenging the candidacy of Duoye Diri in the November 2019 election.

Alaibe who had earlier lost a similar suit at the Federal High Court and the Court of Appeal is claiming that he is the authentic candidate of the PDP.

But the court dismissed the case on Tuesday, on the ground that it was a pre-election matter.

Governor Duoye Diri was sworn in on February 14, a day after the Supreme Court sacked the former governor-elect of Bayelsa State, David Lyon, and his Deputy, Biobarakuma Degi-Eremieoyo.

Lyon’s election was nullified for submitting forged certificates to INEC.

A five-man panel of the apex court led by Justice Mary Peter-Odili, thereafter, ordered the Independent National Electoral Commission (INEC), to withdraw the Certificate of Return that had been issued to the candidate of the All Progressives Congress as the winner of the November 16, 2019 governorship election.

The court then ordered INEC to issue a fresh Certificate-of-Return to the candidate of the party with the next highest votes and with the required constitutional spread of votes in the results of the election, which was the PDP.

Diri was then sworn-in along with his Deputy, Lawrence Ewhrudjakpo.