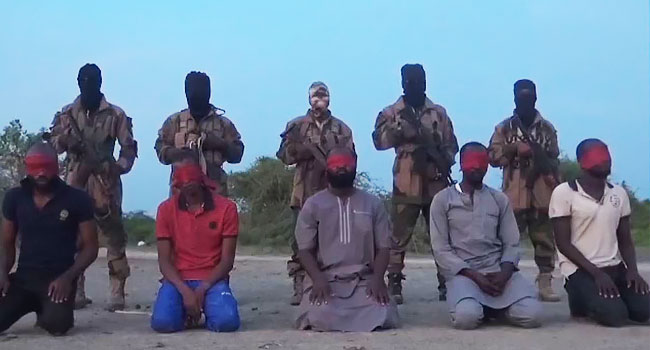 A video has surfaced online showing the execution of five persons by masked men in military camouflage, suspected to be Boko Haram fighters.

A voice was heard speaking in Hausa before the execution, saying that the five persons were working for infidels.

“Those of you that are being used by infidels to turn others to infidels, know this today oh, you who work for infidel groups, you satisfy their aims but they do not care about you and that is why when we catch you they do not show concern. Our call to you is to repent and follow Allah; we shall waylay you in all the roads that you follow and if you don’t listen, the fate of these ones will befall you,” the voice said.

The execution immediately followed his speech at the cue of another voice that said “bisimillah.”

The slain persons are believed to be aid workers captured during a raid in Monguno Local Government of Borno State on June 13, 2020.

They include staff of the Borno State Emergency Management Agency, Action Against Hunger, Rich International, International Rescue Committee and a security guard.

The execution came after the insurgents demanded the sum of 500,000 dollars to release them.

A staff of the SEMA who pleaded anonymity identified his colleague among those executed, who had also featured in a recent video where they spoke from captivity pleading with the government to intervene.

Despite several air raids by the military and assurances by the Federal Government that many insurgents have been neutralised, they have continued to resurface, attacking communities, aid workers, and even military bases.

Last year, Jihadists aligned with the Islamic State group released a video showing a female aid worker and five male colleagues who had been kidnapped in an attack in northeast Nigeria.

Aid group, Action Against Hunger, had said earlier that one of its staff members along with three health workers and two drivers were missing after their convoy was attacked near the border with Niger. 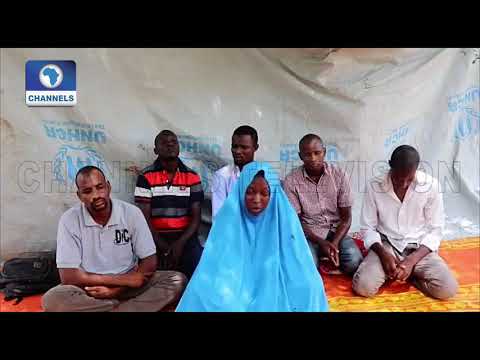 One of the six hostages who had been held since July, was eventually executed in September, while four others were killed in December.

Thereafter, the French aid group, said it was “extremely concerned and called for the immediate release of its staff member, Grace, who was the only one left in captivity.”