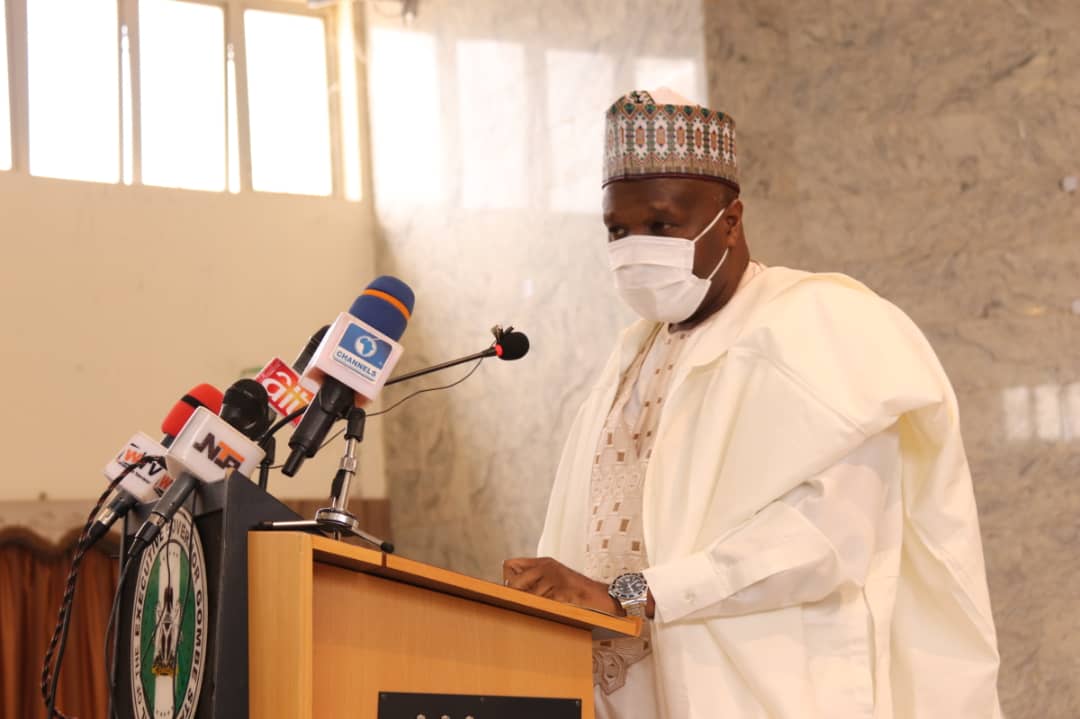 The two associations gave the commendation during a courtesy visit on Governor Muhammadu Inuwa Yahaya at the Government House.

The First National Vice President of NARD, Dr. Jullian Ojebo who led a joint delegation of NARD and NMA described the modernisation of the specialist hospital with requisite operational facilities as well as renovation and completion of other dilapidated sections of the health institution, such as Resident Doctors’ complex and staff quarters is worthy of commendation.

He also praised the Governor for devoting 10% of the state’s 2020 budget to the health sector.

” We are aware aware that in most states of the federation so much is not given to health, but thos is the first time in the history of Gombe state that 10% of the the budget is allocated to health. For this we say kudos to your Excellency and this goes to show that you have the people at heart and their welfare and wellbeing are paramount to you”.

“Driving through Gombe on our arrival, we noticed the state specialist hospital has been transformed into a world class health facility, your network eleven hundred is still very much on course and the Gombe Goes Green 3G planting campaign is springing up steadily.”

Dr Ojebo noted that Gombe state government has done very well in managing the coronavirus pandemic, but stressed the need for domesticating the covid -19 inducement allowance to health workers in the state as approved by federal government.

He observed that the love lost that once ensued between the state Government and the state chapter of the National Association of Resident Doctors was due to communication gap and the lack of understanding of the transformational drive of the Governor in the health sector in the State.

He therefore apologized to the state government for the action of his members, stating that going henceforth there will be cordial relationship between the Government and the medical doctors.

He said, though the national body is aware of the pending issues surrounding the welfare of state’s resident doctors, their backlog of arrears, allowances and promotion even before the coming of the present administration, but still have every reason to give kudos to Inuwa Yahaya’s government for revitalizing the health system in the state, while expressing confidence on his ability to address the pending issues.

Also speaking, the Chairman of the Gombe state chapter of Nigerian Medical Association, Dr Kefas Paul Zawaya said Governor Yahaya has kept faith with most of his key campaign promises made to the association by setting up machinaries in motion for the establishment of state hospital management board and health contributory scheme within just one year.

Additionally, he lauded the Governor for committing over 600 million to scale up NSHIP programme to cover other LGAs across the state, saying NMA is confident the Inuwa administration is on course to improving health sector.

Dr. Zawaya who asked his visiting colleagues to go round the state for a health facility inspection tour to see things for themselves, urged the Governor to take the transformation drive to general hospitals and staff quarters across LGAs in the state.

The Resident Doctors are in Gombe for their National Executive Council meeting tagged Gombe 2020 with the theme ‘ targeted violence against healthcare workers in Nigeria’s healthcare facilities: The effects on healthcare service delivery.