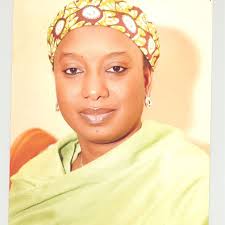 The senator representing Adamawa central in the Nigerian senate, Senator Aishatu Ahmed Binani has been advised to forget about contesting the 2022 National assembly election for a second term in office because such ambition threaten the corporate existence of the APC in Adamawa.

A chieftain of the APC in Adamawa state and a socialite, Dr. Bappare Mohammed, gave the advice in a chat with our correspondent last Monday.

He predicted that if the Senator failed to heed his advice, not only will APC loose break into factions but the splinter groups could emerge stronger than the main APC thus turning it to an opposition group.

Bappare, whose numerous predictions have come to pass, said the only way to achieve national cohesion or integration within Adamawa APC was for Binani to sacrifice her second term ambition.

He suggested that the so called window dressing and the petty items been show case in the social media by the senator and her supporters is nothing but a charade that end up mocking the people of Adamawa central.

He said: “Binani should please visit Hon. Gimba, a member, house of representative from Borno state to learn what is called empowerment not the praise singing of delivery dividend of democracy to her constituents which is nothing but self-aggrandisement that will eventually consume the second term ambition of the senator, as it is for sure that Binani second term ambition is dead and bury as any political party that give her ticket will be doing so at their own peril; if the APC decide to give her second term ticket the repercussion will, therefore, be a grave one.

“If Binani is a student of history, she will recalled that she towed same path and lost re-election to the House of Representative few years ago same faith awaits her if she decide to seek any elective office come 2022”.

Bappare told this news medium that Binani only managed to win the senatorial election in 2019 due to the shadow of President Buhari and the support of the immediate past Governor of Adamawa state, Senator Jibrilla Bindow.