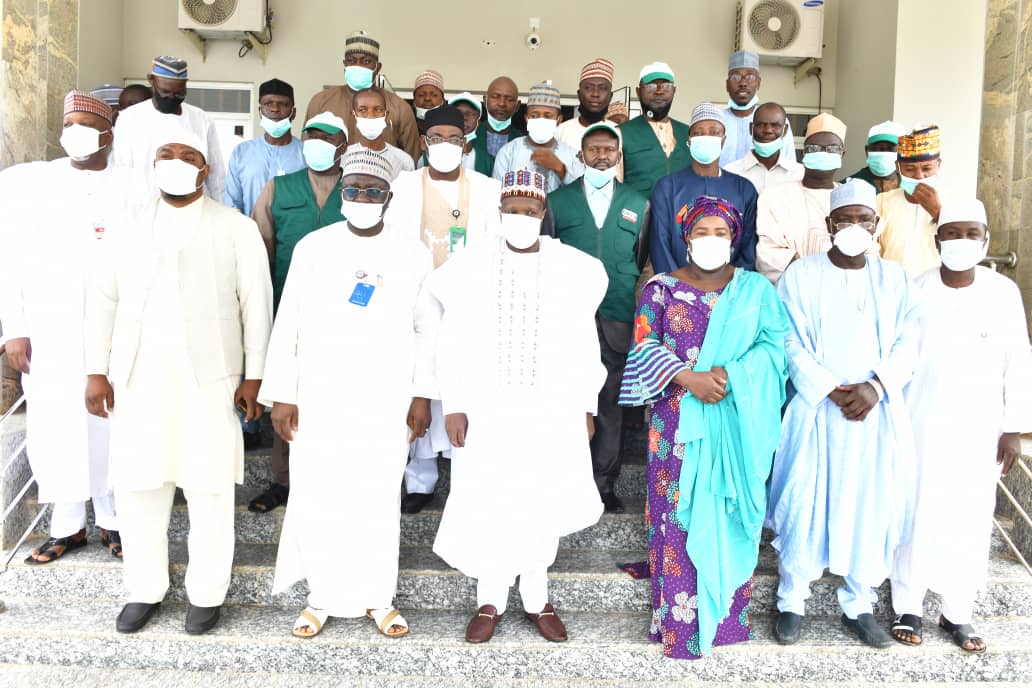 Governor Inuwa Yahaya stated this when he granted audience to the national leadership of the Council for the Regulation of Engineering in Nigeria, COREN, led by its President and Chairman in Council Engr. Ali Almasuya Rabiu.

The Governor said the ambition of his administration is to catapult the State into the lead which is only possible through the involvement of engineers who design, monitor and control structures for the overall benefit of the people.

He assured COREN of his administration’s support especially towards the formation of the State Chapter of the Engineering Management Committee, EMC.

Governor Yahaya said with the covid-19 pandemic ripping through the economies of the world, nothing can be done to catapult change and bring development without the involvement of engineers.

“If you don’t create business by stimulating activities in engineering design and construction, hardly can you improve on the economy”, the Governor stressed.

He said world powers such as the Unuted States of America with the biggest economy depend on the provision of infrastructures to keep their economic growth afloat.

He warned that if Nigeria and Nigerians do not embrace and patronize indigenous engineers and contractors, the country will find it difficult to change its fortunes.

Governor Inuwa Yahaya assured the leadership of COREN that his administration will continue to patronize local engineers and contractors so that the economy can be stimulated for the benefit of the livelihood and prosperity of the people.

“I always say that our inability to put to practice what we learn in schools and in offices or at seminars has hindered the level of development of the Nigerian economy”.

He said keeping knowledge without putting it into practice can be detrimental to the nation’s quest for greatness, adding that Gombe State will encourage the practice of engineering in the state.

The Governor revealed that his administration is in talks with the National University Commission, NUC and TETfund so that State owned University can begin to offer engineering courses.

He challenged the leadership of COREN to interface with the federal government on the need for a policy that can make it mandatory for all and sundry to patronize local content.

Earlier speaking the President of the Council for the Regulation of Engineering in Nigeria COREN, Engr. Ali Almasuya Rabiu said they were in the State to intimate the Governor on the need for his nomination into the Gombe State Technical Committee of the Engineering Regulation Monitoring, ERM.

He said COREN is an agency of Government, created by decree 55 of 1970 and amended by decree 27 of 1992 to regulate the practice of Engineering in all aspects and ramifications.

The COREN National President commended Governor Inuwa Yahaya for the infrastructural development by his administration.

“When I came into town, I drove round the State capital and it was glaring that the Governor is leaving nothing to chance in terms of transforming the state”.