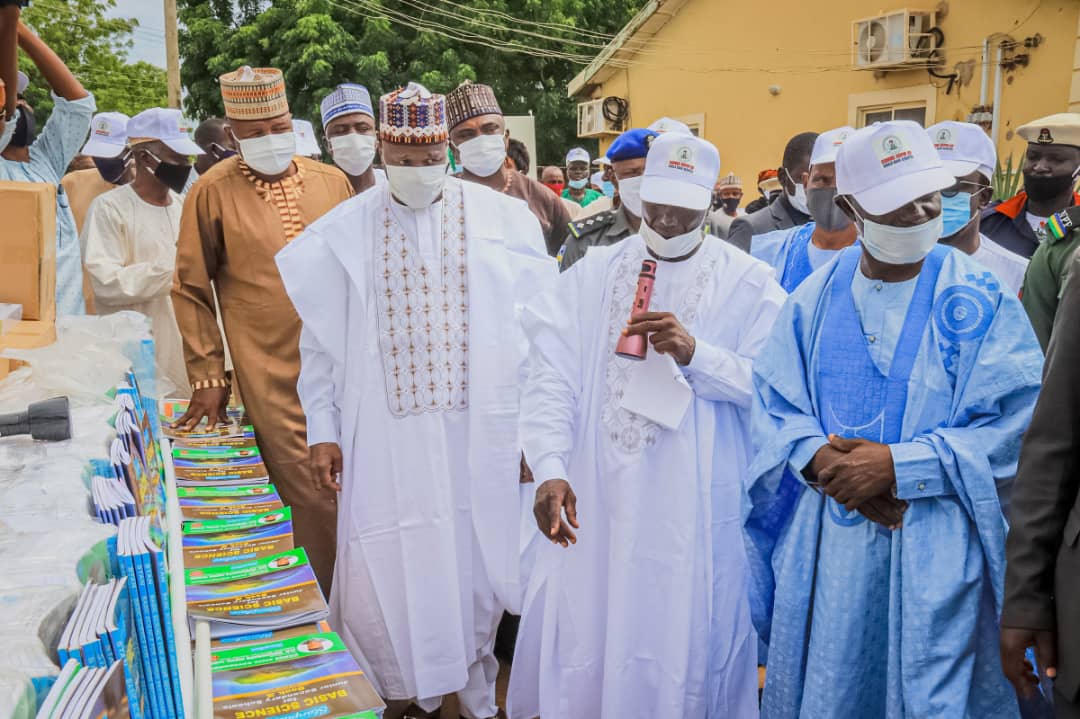 Governor Muhammadu Inuwa Yahaya of Gombe state has reiterated that one of the cardinal programmes of his administration is to ensure that sound education is adequately and properly provided for the young people of the state right from the basic level.

The Governor restated this when he paid an unscheduled visit to the ministry of education where he inspected some instructional materials procured by the State Education Programme Investment Project SEPIP, which is a world bank project designed to address some of the challenges in schools as a result of insurgency in the North East region of the country.

The Governor also said his administration will continue to address challenges that were hither to abandoned by the past administration, particularly in the education sector which is now under the state of emergency.

He noted that what characterized the education sector before the coming of the APC-led administration was an abysmal state of decay.

The Governor however said in order to breathe a new lease of life into educational system, his government took some bold steps and measures, including declaring a state of emergency on the sector and strengthening partnership between the state and relevant organizations and government agencies in order to reverse the ugly trend.

Describing education as the cradle upon which development indices are measured, the Governor said the steps taken are already yielding positive results as the state is now witnessing improvements, not only in the area of provision of conducive environment and learning materials, but also in the general quality of education.

Governor Yahaya urged the beneficiaries of the soon to be distributed teaching and learning materials to ensure maximum utilisation and to also take ownership of the project.

Earlier conducting the Governor round, the state Commissioner for Education, Dr Habu Dahiru highlighted on the activities carried out by the project in Gombe state and commended the Governor for all the his political will as well as efforts being put in place to reposition the Education sector since his assumption of office.

He assured that his Ministry will continue to work assiduously with all the seriousness required to achieve the strategic goals of the Governor in the education sector.

The instructional materials include e- tablets, maps, charts, basic science text books among others for distribution to all public schools across the state.