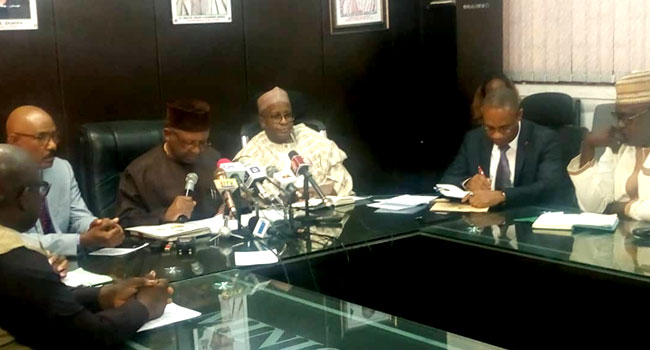 The Federal Government says it has paid N20 billion as COVID-19 allowance to health workers in the country.

This is according to the Minister of State for Health, Dr Olorunnimbe Mamora who spoke on Channels Television’s Sunrise Daily on Wednesday.

“We’ve been able to disburse close to N20 billion and I repeat close to 20 billion. So, to now say nothing has been done, that is not true,” the minister said.

Dr Mamora explained that the Federal Government had to stop the payment of hazard allowance to the health workers because of renegotiation with them.

“We were able to pay April, May full, June, part of it has been paid but not fully paid and it’s because of the economic situation and these funds have to be sourced for one way or the other,” he added.

According to the Minister, the funds were paid to “Federal health institutions” across the country including Federal Medical Centres (FMCs), teaching hospitals among others.

On the N5,000 hazard allowance for doctors and health workers, the Minister stated that the payment has existed in the country for about 30 years but was suspended due to the COVID-19 pandemic.

The National Association of Resident Doctors (NARD) had on Monday embarked on an indefinite nationwide strike to press home its demand.

According to the union, the doctors are downing tools and demanding a pay rise, better welfare, and adequate facilities.

“We have kicked off the strike today,” NARD president Aliyu Sokomba told AFP, adding that medics treating virus cases would join the action this time around.

“There will be no exemptions,” he said.

“We have arrears of 2014, 2015, 2016, salary shortfalls that were supposed to have been paid over six years ago, still pending,” Sokomba added. “These are the issues we have and they appear not to have been addressed up till this day.”