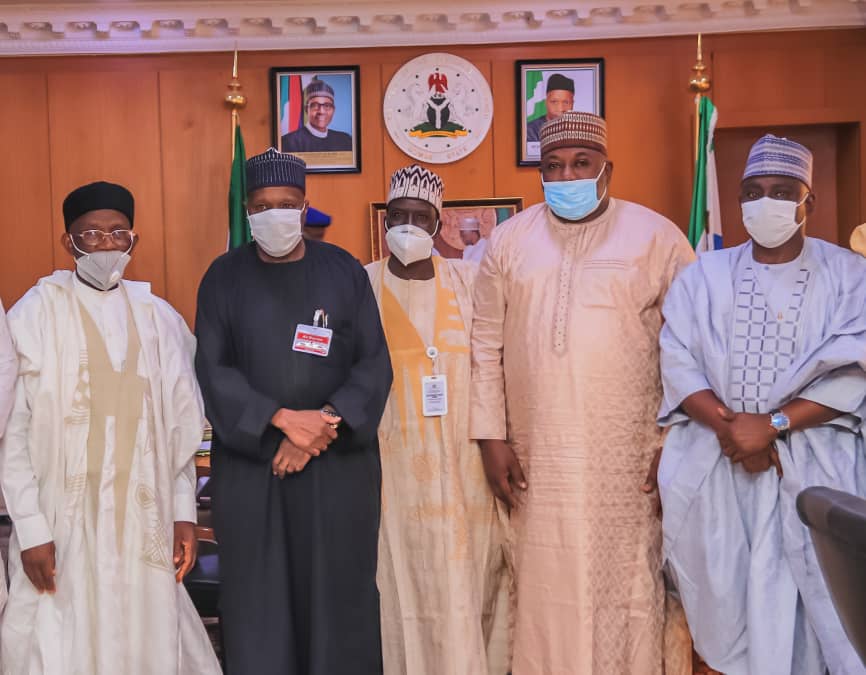 Gombe State Government has concluded arrangements to commence the implementation if modern Tsangaya Programme to improve on the almajiri qur’anic education in the state.

According to a statement by the Governor’s media aide, Ismaila Uba Misilli, the State’s Commissioner of Education, Dr Habu Dahiru made this known, shortly after the leadership of the National Board of Arabic and Islamic Studies (NBAIS) visited Governor Muhammadu Inuwa Yahaya at the Government House Gombe.

Dr. Dahiru said due to the Governor’s commitment to improving the education sector, plans have gone far to start implementation of the modern Tsangaya learning system, which will carry the almajiris along qur’anic and western education, vocational trainings as well as issue them with certificates upon graduating.

He said, “Gombe State Government is ready to commence the full implementation of the modern Tsangaya Qur’anic Education in the State”, adding that “we have already gone far in developing a work plan that will strengthen the Tsangaya Centres at the state level that will coordinate other sub units at the community level”.

He said the Centres will be equipped with necessary facilities that will ensure proper and effective incorporation of the Tsangaya system of learning into the mainstream western education.

He said the new centres are going serve as comprehensive hub that will give the children both education and skills so that at the long run enrollees can be self reliant.

Dr. Dahiru said the State Government through the Ministry of Education will profile all Tsangaya Schools, their teachers and learners with a view to building their capacity for effective service delivery.

“That is why if you see the team, the Quality Assurance and Tsangaya System Directors were there. We will give the teachers upliftment courses and produce syllabus and the NBAIS will organize examination with certificates issued to the successful ones”.

Dr. Dahiru said his ministry has begun sensitizing the Tsangaya Teachers on the new innovation and thereafter a summit will be organised to compare notes and share ideas.

In his remarks, the registrar of the board, Professor Muhammad Shafi’u Abdullahi who led the NBAIS delegation, said the board is satisfied with the plans and preparations of Gombe State Government on the Tsangaya Programme, while commending Governor Muhammadu Inuwa Yahaya for leading the way in reforming the almajiri learning system.