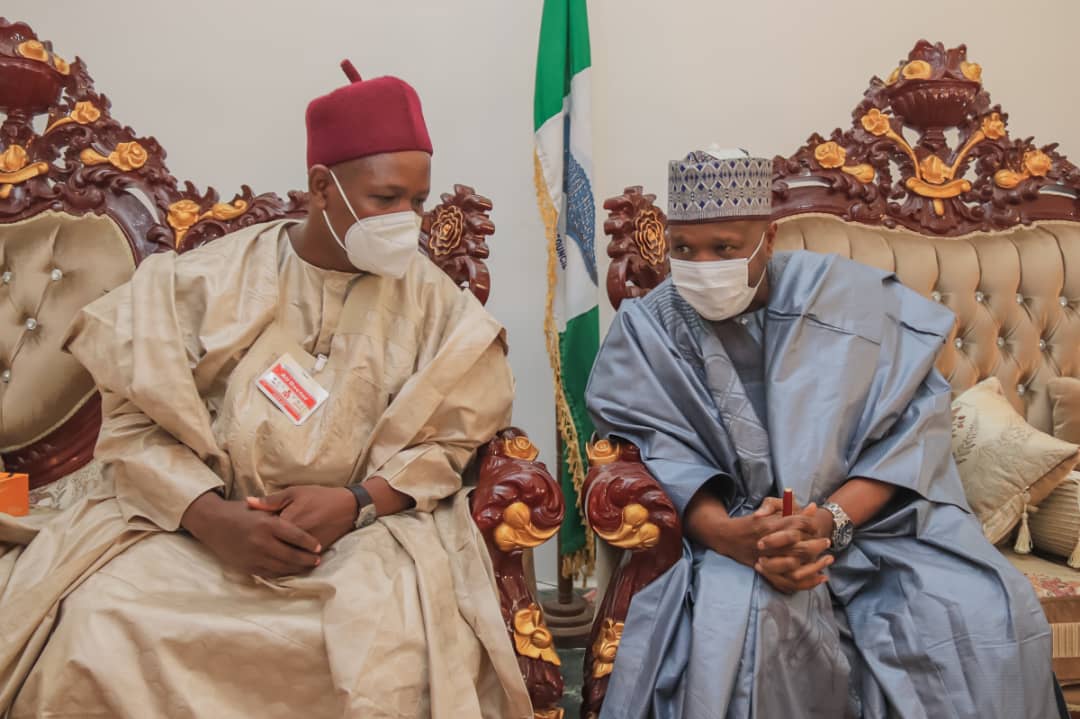 Earlier today, Governor Muhammadu Inuwa Yahaya of Gombe state paid a visit to Biu in the neighbouring Borno state where he condoled with the people of the Emirate over the demise of the late Emir, Alhaji Umar mustapha Aliyu who died recently.

The Governor also congratulated the new Emir, Alhaji Mustapha Umar Mustapha Aliyu on his ascension of the throne of his forefathers.

Governor Yahaya described the relationship between Gombe and Biu Emirate as long standing, saying “what ever affects Biu, affects Gombe”.

The Governor who was away when the late Emir Umar Mustapha died, had in a condolence message delivered on his behalf by the Secretary to the state Government, Professor Ibrahim Abubakar Njodi, who led Gombe state delegation to the funeral prayer in Biu on 15th September, 2020, described the demise of the first class traditional ruler, especially at this time as a great loss not only to the Biu Emirate or Borno State, but the country as a whole.

The Governor described the late Alhaji Umar Mustapha Aliyu as an exemplary leader and a man of peace who, throughout his reign as Emir, was known for preaching and promoting unity and harmony among the diverse people of his domain, the state and the nation at large.

To the new Emir, Alhaji Mustapha Umar Aliyu Mustapha, Governor Yahaya congratulated him for ascending the throne of his forefathers, calling on him to uphold the legacies of honour, dignity and selfless service exemplified by the late Emir. He also prayed Almighty Allah to grant the new Emir a successful reign.

Responding on behalf of the new Emir, Alhaji Kadafur Yamtala appreciated the Governor for being a good leader and also thanked the government and people of Gombe state for identifying with them throughout their bereavement.

The Governor was accompanied on the visit by the Secretary to the state Government, Professor Ibrahim Abubakar Njodi, Chief of Staff, Alhaji Abubakar Inuwa Kari, Principal Private Secretary, Alhaji Usman kamara, member of the House of Assembly, Hon. Mustapha Hassan among other Government functionaries.