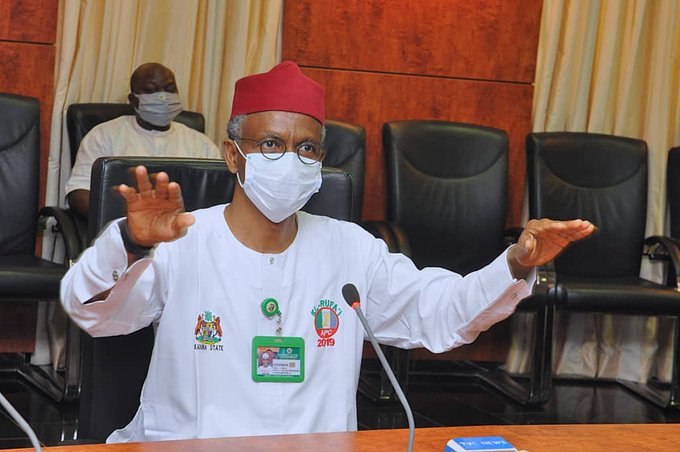 The Kaduna State government will not work with the report submitted to it by the Zazzau Emirate kingmakers recommending three princes for the vacant position of the emir of Zazzau, sources familiar with the matter have told Journalist.

The latest decision has brought back Ahmed Bamalli, a man believed to be Governor Nasir El-Rufai’s favorite of the contenders, back in contention.

it was gathered from informed sources that the government has decided to set aside the report over allegations of inducement of some kingmakers.

The intense race for the influential throne began six days ago following the demise of the long-reigning Zazzau emir, Shehu Idris, who died last Sunday.

This newspaper reported that as of the beginning of the week four princes from three ruling houses were in the forefront in the race for the coveted throne.

This newspaper reported on Friday that the kingmakers’ recommended three of the contenders based on a grading and voting system agreed and executed by the five kingmakers.

Mr Bamali was not recommended by the kingmakers because he was not among the three top scorers.

Mr Aminu was graded highest by the kingmakers with 89 per cent grade and 3 votes while Mr Ja’afaru came second with 87 per cent and one vote.

The son of late Emir Idris, Aminu Idris, was graded 53 per cent with one vote, putting him in third position. Mr Bamalli was eliminated from the contest.

In the report  no reason was given for the kingmakers’ low grading of Mr Bamalli but palace sources said the kingmakers rated him low because his father did not occupy the Zazzau throne.

Kaduna Government sources, who spoke on the condition of anonymity because of the sensitivity of the matter, confirmed to this newspaper that the government is now accusing some of the kingmakers of receiving bribe and compromising themselves during the selection process.

One of the contenders is alleged to have induced some of the kingmakers for favorable result.

This, according to our sources, is why Mr El-Rufai has now decided to set aside the report submitted by the kingmakers.

The sources said the kingmakers suspected to have been involved in the scandal have confessed to the inducement.

That claim could not be independently verified.

“The inducement was huge and government has gotten evidence of the transaction,” one source said.

“It is the view of the government that the money-for-vote scandal has tainted the outcome of the nominations.”

In place of the kingmakers’ report the state government has decided to give consideration to all interested contenders.

Already, the government has forwarded the names of all the princes who indicated interest, 11 in total, to security agencies in the state for screening.

“The Commissioner for Local Government and Chieftaincy Matters is also writing confidential report on all the 11 persons.

This would be attached to the security report and submitted to the governor for his decision,” an insider familiar with the process told this newspaper late Saturday.

When contacted, the spokesperson for the Kaduna Government, Muyiwa Adekeye, declined comments on our findings, saying he had not been briefed on the development.

“All I can tell you is that the processes of selection are on and you can trust the governor to do the right thing,” he said.

Mr El-Rufai had on Thursday wrote on Facebook that he was awaiting the reports from the commissioner as well as the security agency responsible for security vetting.

“I await the recommendations of the Commissioner responsible for chieftaincy matters after due security clearance of the aspirants,” he wrote.