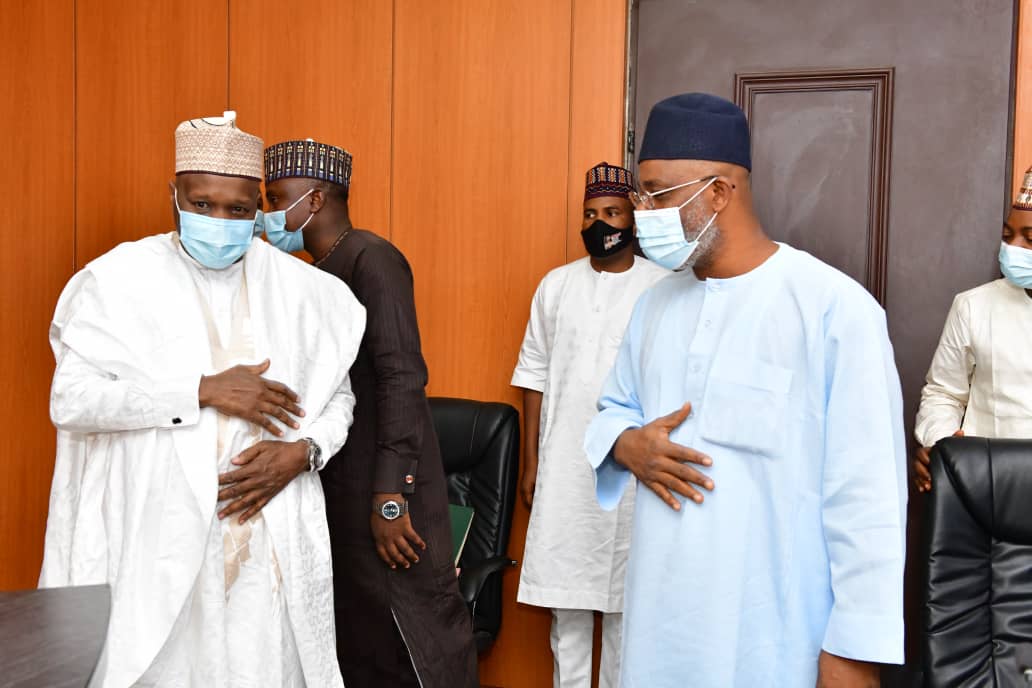 Governor Muhammadu Inuwa Yahaya of Gombe State says his administration will continue to work with the National Hajj Commission of Nigeria, NAHCON to ensure that hajj operations are made easier and affordable for intending muslim pilgrims in the State.

The Governor stated this when he played host to the management staff of the National Hajj Commission of Nigeria led by its Chairman and Chief Executive Officer, Alhaji Zikrullah Kunle Hassan.

He said since NAHCON is being managed by men of God it presupposes that transparency and proper management of resources will be the hallmark.

Governor Inuwa lauded the commission for upgrading a mosque, transit hostel and other facilities at the Gombe hajj camp, assuring NAHCON that the State will continue to partner with it to ensure that hajj operations are made affordable, easier and leisurely for all intending muslim pilgrims in the State.

He said the wise counsel proffered by the commission will be beneficial to both the State Government and the state p ilgrims welfare board in particular.

Governor Inuwa Yahaya explained that his administration has the intention to make the difference because of the new resolve permeating the current system which is tailored towards taking the people out of bondage.

“For me I feel leadership is the ability to take people from where there is nothing to where there is alot for every body to enjoy and if you are not able to deliver on that then you have failed”.

He said the intention of the Commission was quite noble especially in its products and services which come in the package of a saving scheme for easy hajj operations to the digitization of its operations.

The Chairman and Chief Executive Officer of the National Hajj Commission of Nigeria, Alhaji Zikrullah Kunle Hassan said they were in the State to review the commission’s plan of action with a view to amendments and further investment in the Gombe hajj camp.

He disclosed that NAHCON, in conjunction with Jaiz bank is floating a saving scheme which allows intending Muslim Pilgrims to gradually save for hajj without recourse to selling their property or over burdening themselves for the spiritual journey.

The NAHCON Chairman told his host that the commission had carried out renovation and rehabilitation work at the male and female transit halls and a mosque at the Gombe hajj camp.