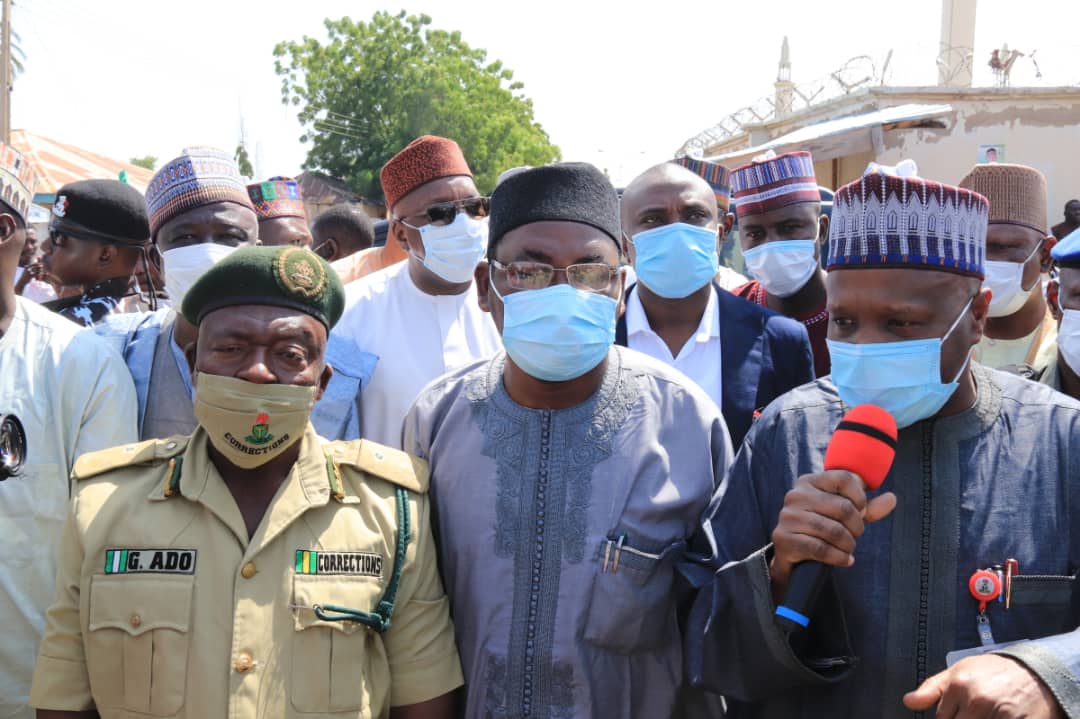 He inspected the ongoing 1.2 KM road from Danaje in Gandu area which links up with the Idi expressway.

He was taken around and briefed on the progress of work by officials of the Ministry of Works and the project manager of Triacta, the company handling the projects.

In his remarks, Governor Yahaya appealed to the residents of the affected areas to cooperate with the construction firm as well as adhere to the government’s guidelines and avoid encroachments.

He noted that the roads to be constructed in those areas do not require demolition of structures, hence residents have no reason to panic over relocation, warning against encroachment into roadsides and other public spaces which he explained are usually left for installation of street lights, reticulation of water pipelines, laying of networks broadband lines and planting of trees.

The Governor, also re-opened the road linking Gombe prison with other roads in the Shamaki area of Tudun wada and Tashan Dukku roads.

Governor Yahaya directed that the road which was closed about 7 years ago at the height of insurgency be re-opened to allow people of the area and other motorists plying the road have access to other link roads.

He noted, “Even roads earlier closed in Maiduguri where the insurgency-hit the most have been re-opened for long, I, therefore, see no reason why this road will remain closed, especially taking into cognizance the peace and tranquillity we enjoy here in Gombe”.

The Governor said the road was re-opened after due consultation with Gombe Correctional Service authorities and other security agencies and therefore urged residents of the area to desist from violating the traffic rules as well as continue to maintain peace.

The Governor was accompanied on the inspection visit by the Secretary to the State Government, Prof. Ibrahim Abubakar Njodi, Chief of Staff, Alhaji Abubakar Inuwa Kari, Commissioners, Special Advisers, and other top Government functionaries.