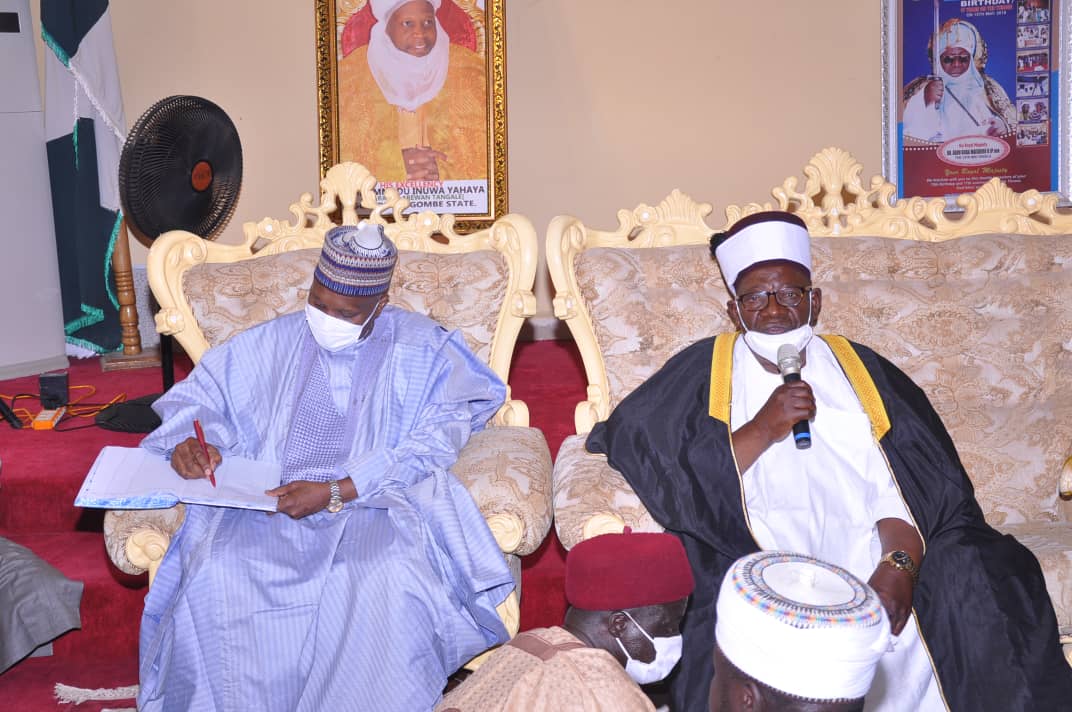 Gombe State Governor, Alhaji Muhammadu Inuwa Yahaya has led a delegation to the Tangale Chiefdom in Billiri local government where he condoled with the Mai Tangle, Dr Abdul Buba Maisheru ll over the death of his son, Prince John Abdu Buba Maisheru, the Santurankin Tangale.

Speaking at the palace of the traditional ruler, Governor Inuwa Yahaya described the death of John Abdu Maisheru as a great loss, not only to his immediate family but the State and the nation as a whole.

It will be recalled that Governor Inuwa Yahaya had earlier in a condolence message lamented the death of John Maisheru, noting that the late Santuraki died at his prime when hopes and expectations were high on him for greater heights and exploits, not only as a prince but as an upcoming leader with a penchant for the unity, progress and development of his community and the State.

He consoled the monarch and members of the royal family to take solace in the fact that the late Santuraki left behind good records and lasting imprints that will continue to linger in the hearts of the people.

He described his late son as a man full of life whose memories will remain with him for some time to come.

Special prayers were offered for the repose of the soul of the deceased.

Aged 44, the late John Abdu Buba Maisheru, Santurankin Tangale died on 6th November 2020 in Bauchi after a brief illness and was buried on yesterday in Billiri. Until his death, he was a senior staff of Ashaka Cement Plc.