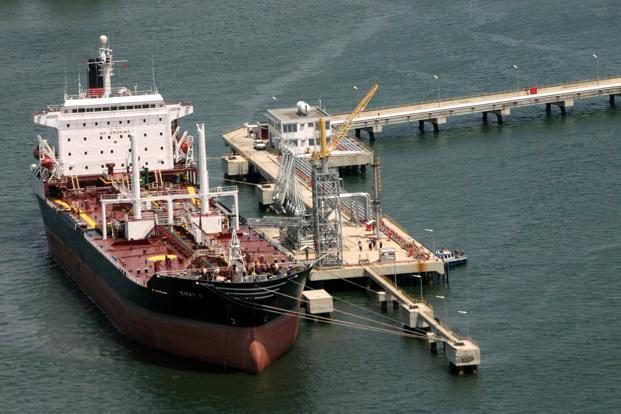 With the impact of the recent #EndSARS protests, which virtually grounded the country’s economy for days yet to be over, Nigerians may be gearing for another crisis, as oil workers are getting set to embark on another nationwide strike.

This is likely to cause scarcity of petroleum products in the country.

The oil workers, under the aegis of the Petroleum and Natural Gas Senior Staff Association of Nigeria (PENGASSAN), said on Monday it has already instructed its members nationwide to begin withdrawing their services.

Although the exact details of the impending strike action were not available at the time of this report, PUNCH quoted the General Secretary of PENGASSAN, Lumumba Okugbawa, as saying that it might commence in the coming days.

Mr Okugbawa was quoted to have said the order for members to down tools was issued in a letter, dated November 8, 2020, a copy of which was sent to the Central Working Committee of the association.

The strike was pursuant to the oil workers’ lingering disagreement with the federal government over the directive on the registration of some of its members on the Integrated Payroll and Personnel Information System (IPPIS).

Although discussions over the issues have been going on for some time, the oil workers have accused the government of not making concrete moves to settle the differences.

Last week, long queues resurfaced in most filling stations in Abuja and its environs after oil workers threatened to commence its strike at the expiration of its ultimatum to the government on October 30.

A technical committee set up by the Federal Ministry of Labour and Employment to dialogue on the issues with the union reportedly reached a decision that failed to meet the minimum demand of the oil workers, who insisted that its members be excluded from enrolment on the IPPIS platform.

However, the Office of the Accountant General of the Federation, which is handling the exercise through its IPPIS Office, is insisting that the presidential directive that they be enrolled on the payroll must be complied with.

In June this year, PENGASSAN embarked on a three-day nationwide warning strike “to protest the forceful enrolment into the defective IPPIS payment platform.”

The workers’ association said the strike action was pursuant to the demands concerning their members working in federal government agencies, whose salaries were withheld since May, over alleged non-compliance with the federal government’s directive to all its agencies to enroll on the IPPIS payment platform.

On June 8, PENGASSAN wrote to the Minister of Finance, Budget and National Planning, Zainab Ahmed, to protest the decision by the government to not pay the workers allegedly at the instance of the finance ministry.

The strike was called off after the intervention of the Minister of State for Petroleum Resources, Timipre Sylva.

But the oil workers’ unions insisted they would not guarantee industrial peace in the oil and gas sector if the implementation of the IPPIS was carried out unilaterally, or the matter resolved without their input.

The IPPIS is an information communications technology project initiated by the federal government to improve the effectiveness and efficiency of payroll administration for its ministries, departments and agencies.

The IPPIS secretariat is a department under the Office of the Accountant-General of the Federation responsible for payment of salaries and wages directly to government employee’s bank accounts with appropriate deductions and remittances of third party payments such as tax, health insurance, housing, pension and so on.

In October 2019, President Muhammadu Buhari, during the presentation of the 2020 budget proposal to the joint session of the National Assembly in Abuja, said all federal government workers not captured on the IPPIS platform by October 31, 2019, would not be paid their monthly salaries.

The president said this was part of efforts to manage high personnel costs in line with his administration’s commitment to fighting corruption.

He directed the stoppage of the salary of any federal government staff not captured on the IPPIS platform by the end of October 2019.

However, following difficulties encountered in the system affecting some agencies, the enforcement of the presidential directive dragged beyond the initial deadline of October 2019.