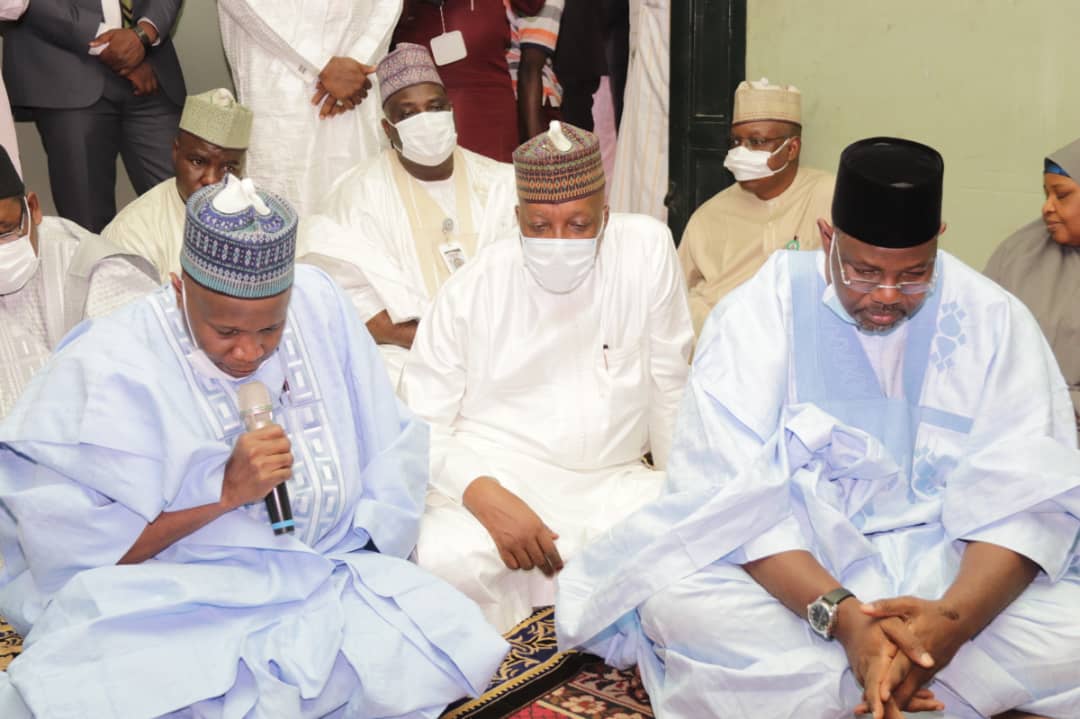 Late Alhaji Ahmadu Goje died Yesterday in Jalingo Taraba State at the age of 74 after a brief illness.

Governor Yahaya who was among the early sympathizers who visited the deceased mother’s residence at GRA Gombe said the death of Alhaji Ahmadu was a huge loss, not only to his immediate family but Gombe state as a whole in view of his fatherly role in the society.

He states the deceased was as a respected businessman and great community leader who lived an exemplary life characterized by hard work, selflessness and discipline, saying his death came at a time his wise counsel and guidance were still needed by his family members, community and the state in general.

“We, however, take solace in the fact that the late Alhaji Ahmadu lived a life of service to the people and left behind a legacy of honour and dignity”.

The Governor, on behalf of the Government and people of Gombe state, conveyed his heartfelt condolences to Senator Danjuma Goje and the entire members of the Goje family over the great loss, praying Almighty Allah to grant the deceased Aljannat Firdaus.