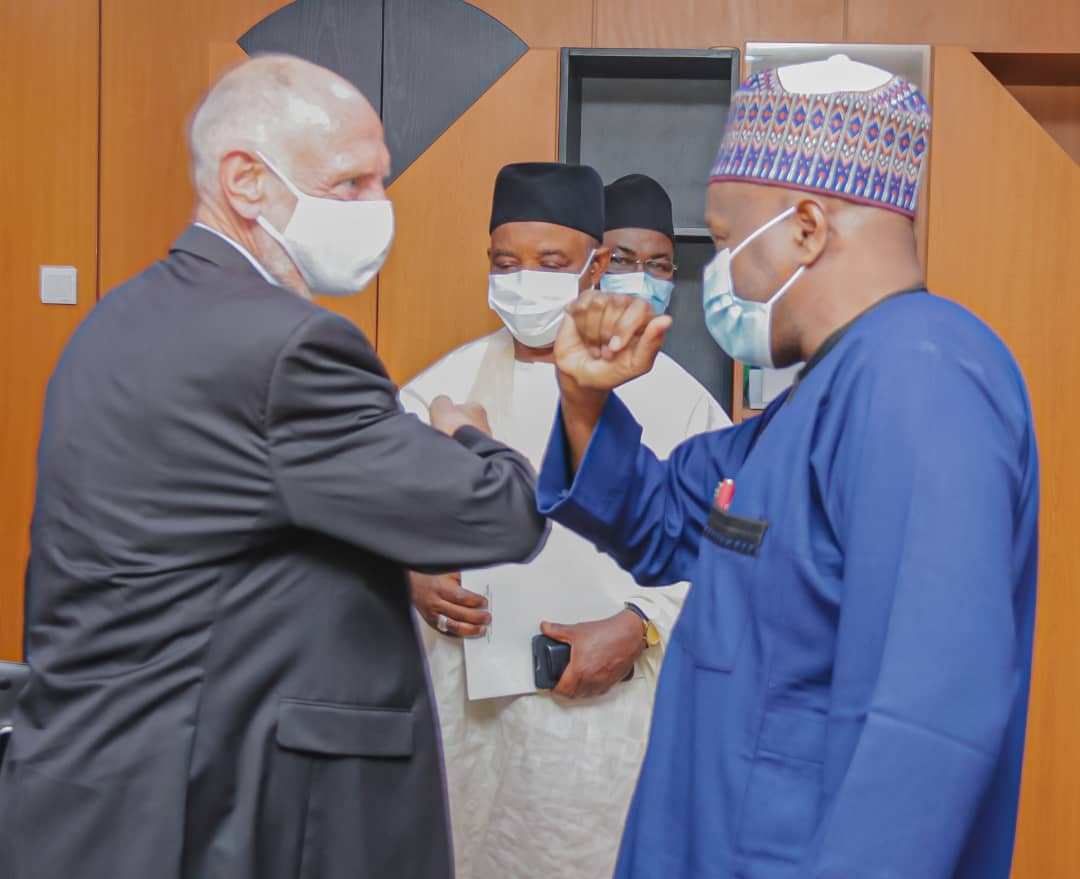 …As US Agency Selects Gombe for Implementation of State2State governance Programme

Gombe state has been selected for the implementation of the United States Agency for International Development, USAID-funded state2state governance programme through the Development Alternative Initiative ( DAI) to support the state’s reform efforts of making service delivery efficient and accountable.

This was disclosed by the Chief of Party, USAID, Mr. Tressan Sullivan during a courtesy visit the Governor in Gombe.

He said the key component of the project is to support the State in improving the delivery of these public services at Local Government level adding that the entry-level of the programme is hinged on public financial management, economy and conflict analysis and mitigation.

He said the intervention is expected to commence operation in the State in the second quarter of 2021 and will continually work with the State and Local Government areas to boost capacity for better and effective performance in governance.

Gombe State Governor Muhammadu Inuwa Yahaya has lauded the interventions of USAID in the educational, economic and Agricultural development tailored towards human capital development in the State.

He stressed that the International Donor Agency has been playing a pivotal role in championing the training of teachers at the primary school level and providing basic education materials through its Strengthening Education in the North-East Nigeria SENSE project which aligns with the State’s Better Education Service Delivery for All BESDA.

He said if successfully implemented, both programmes have the potential of solving the challenges of basic education in the State.

“Equally the Rural Resilience Activity RRA being implemented by Mercy Corps which is aimed at supporting our local farmers with the Basic skills of improved farming and to provide input to rural farmers who are in the majority because 75 per cent of our people are peasant farmers and they need that support so we are happy for the interventions”.

Governor Inuwa Yahaya thanked USAID for coming with yet another intervention to complement the efforts of the State government, saying everything hinges around transparency, accountability and good governance which is what his administration stands for.

“So far we have engaged in reforms, difficult as they may be, but we are trying to make sure that we change the situation for the better going back to the campaigns we made promises to our people and that we cannot do without good governance, transparency and accountability”.

He said his administration has instituted the Treasury Single Account, TSA to ensure prudent financial management, an improvement on the budget system through public engagement and the formulation of a ten-year development plan for the State which will be launched soon.

The Governor said his administration has also established the Bureau for Public Service Reforms which is aimed at human resource management in the State and the enhancement of productivity among the State workforce.

He said his administration is open to transparency, accountability and good governance, citizens engagement and improve relationships with civil society organisations since they relate more with the communities.

Governor Inuwa Yahaya told his guests that the centrality of Gombe goes with a lot of responsibility, as the state has been playing host to thousands of IDPs fleeing the conflicts in neighbouring states of Borno, Yobe, Adamawa and Taraba state, thereby causing a huge strain on the State infrastructures.

He expressed the hope that during the cause of the project, the capacity of civil servants in the State will be enhanced to deliver on development, generate accurate data for analysis as well as monitoring and evaluation.