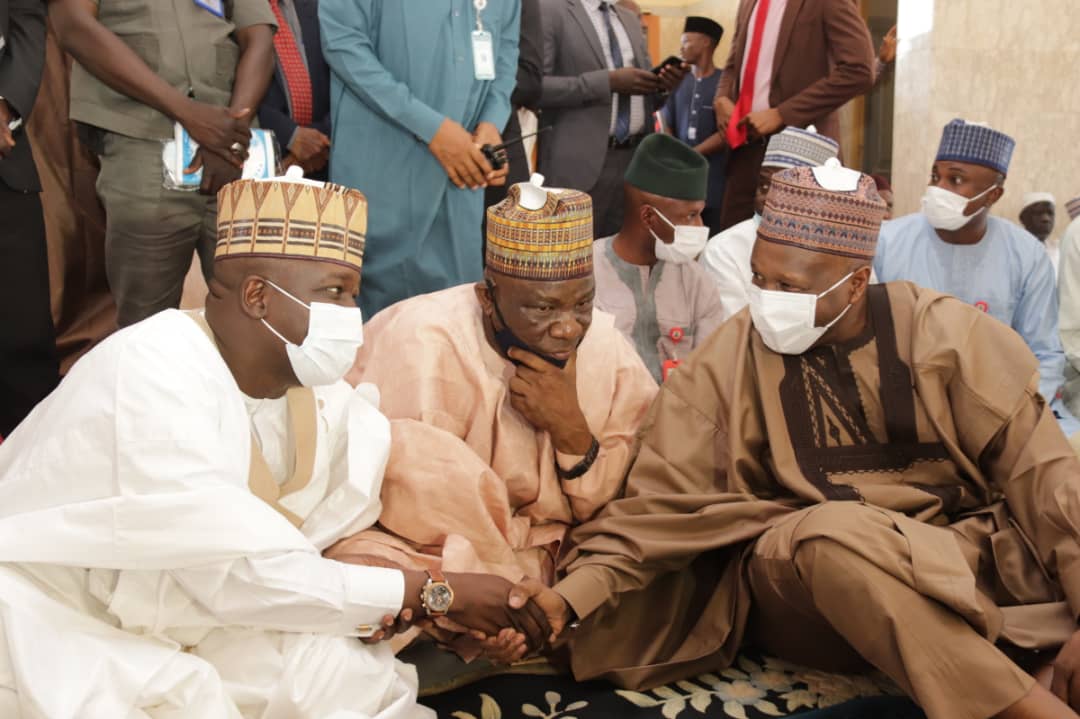 Earlier today, Governor Muhammadu Inuwa Yahaya gave out the hand of the daughter of the Accountant General of Gombe State in marriage.

Governor Yahaya stood in as Waliyy for the bride (Hauwa) while Retired High Court Judge, Justice Sa’ad Mohammed served as Wakil for the groom (Samir) and the sum of one hundred thousand naira was paid as dowry in line with the Sunnah of Prophet Muhammad ( SAW).

The Governor also witnessed the solemnization of other marriages conducted in the mosque, including that of Mamman Ibrahim from the Ndimi family and Zainab Aminu Inuwa in which Alhaji Umaru Sarakin Shanun Gombe and the Yeriman Gombe, Alhaji Abdulkadir Abubakar Umar served as Waliy and Wakil for the bride and the groom respectively.

The wedding fatiha was conducted by the Chief Imam, Umar Mohammed Pindiga and witnessed by dignitaries, including Deputy Governor of Gombe state, Dr Manassah Daniel Jatau and his Borno state counterpart, Umar Usman Kadafur, Emir of Gombe, Alhaji Abubakar Shehu Abubakar III as well as Emirs of Biu and Shani in Borno state.